Home Sports Injuries a fact of life for All Blacks 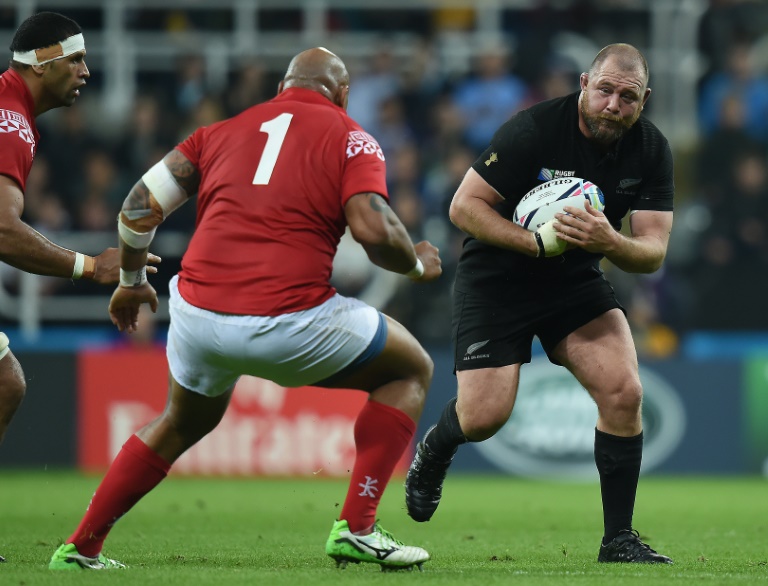 The World Cup has claimed a mounting injury toll, but the All Blacks say players are philosophical about the dangers they face in a bruising contact sport.

“A lot of them are freak accidents,” argued backrower Kieran Read.

“You don’t know when your going to get caught in a ruck and potentially get stuck there but you’ve got to go out there and block that from your mind and go as hard as you can.”

At the end of the 40 pool matches 24 players had been invalided out of the tournament compared to 16 at the same stage of the 2011 World Cup.

The All Blacks only loss so far has been the serious hamstring injury that ended the World Cup for centurion prop Tony Woodcock.

Without the protective padding used in American football, rugby clashes in open play are 100-plus kilos (220-plus lb) of muscle and bone colliding at full speed.

Scrums see two packs weighing nearly a tonne each ramming into each other.

Rugby World leaders this week said the number of injuries so far this year is not out of the ordinary. Nineteen players were sent home from the whole 2011 World Cup, but the figure was 37 in 2007.

“Our monitoring is not showing the number to be extraordinary in any particular way,” said World Rugby chief executive Brett Gosper.

“Let’s wait until the tournament is over before doing a full analysis.”

Renowned orthopaedic surgeon John Fairclough, who has a 30-year association with the Welsh Rugby Union, believes action needs to be taken on the injury toll.

“When you have injury rates of that nature then somebody needs to be brought to investigate,” Fairclough told the London Daily Telegraph.

“No sport should be so dangerous that it is going to be not just career threatening but affect people for the rest of their lives.”

But the All Blacks say injuries are a risk they take playing a game they love.

Woodcock said of his career-ending injury “these things happen” while flanker Jerome Kaino said players accepted things can go wrong and carried on.

“We don’t go into games thinking we’re going to get injured we just try and get the best performance we can for our team and our country. If you do get injured so be it.”

At the 2011 World Cup the All Blacks lost their top three fly-halves and it was left to the fourth-string Stephen Donald, recalled from a fishing holiday to plug the gap. He kicked the winning penalty in the 8-7 victory over France in the final.

Lock Luke Romano, at 113kg and 1.99 metres and often stationed midfield as a human brick wall against much smaller backs, believed it was up to the players to equip themselves with the right technique to handle collisions.

“We’re all grown men, we all go to the gym, we all lift weights, there’s not much difference between all the teams here at the World Cup,” the All Blacks giant said.

“It’s just the way the game is going and you’ve got to evolve and adapt with it and learn how to handle those big boys.