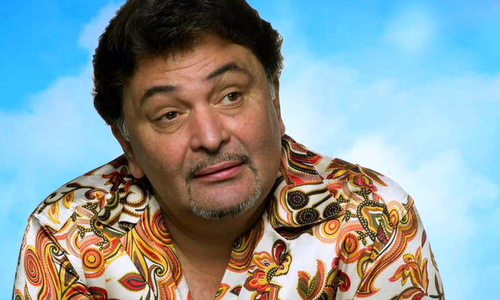 Mumbai: Rishi Kapoor might now be known as Ranbir Kapoor’s dad, but what he is most well known as is as Chintu.

But have you ever wondered where this name came from?

Veteran actor Rishi Kapoor has revealed he was given the nickname Chintu after a poem, which his elder brother Randhir used to recite in school.

The “Agneepath” actor, 63, who is the son of legendary filmmaker-actor Raj Kapoor, is set to appear on “The Anupam Kher Show : Kucch Bhi Ho Sakta Hai” where he will talk about his childhood.

“It was something created ever since infancy. When my brother Randhir Kapoor was in school, he found a poem that had the following lines: ‘Chote Se Chintu Miya, Lambi Si Pooch.

“Since I was the youngest and newly born, Chintu became my nickname,” Rishi said in a statement.

The episode featuring the actor will be air on October 18 on Colors.