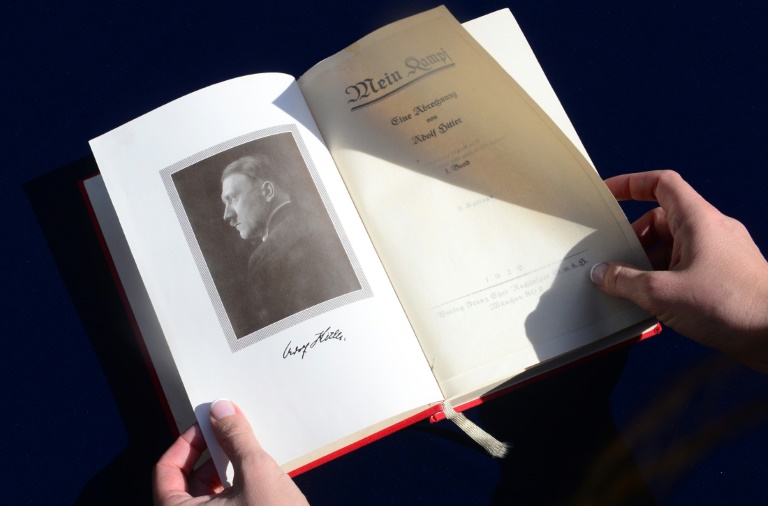 “Mein Kampf”, Adolf Hitler’s manifesto containing autobiographical, anti-Semitic and militaristic screeds, falls out of copyright next year, and already annotated German and French reprints are being prepared, a Paris publisher confirmed on Wednesday.

The book — whose title means “My Struggle” in German — originally came out in two volumes in 1925 and 1926, but was banned in Germany after Hitler and the Nazis were defeated in World War II.

No French reprint has been made since 1934. Various translated English versions, however, have been made and are widely available online through retailers such as Amazon.

But now the copyright on the work, held by the Bavarian State, is due to expire at the end of this year — 70 years after the death of its infamous author.

Fayard, a French publishing company, said in a statement it was going ahead with an annotated French print, after pondering on it for the past four years.

“The publication of this book central to the history of the 20th century will be accompanied by a critical analysis established by a scientific committee of French and foreign historians,” Fayard said in a statement.

It did not say when the new translation would come out.

The upcoming German-language reprint will be handled by the government-funded Institute of Contemporary History in Munich, which emphasises the book’s historical importance. It too, will be providing annotations to the text.

Hitler dictated the lengthy tome while in prison following a failed putsch he staged to try to grab power in Munich in 1923 while leader of the Nazi party.

Sales and royalties from it generated a small fortune for him, and its popularity enhanced his profile and helped him rise to become chancellor of Germany in 1933.

The book set out two ideas that he put into practice as Germany’s leader going into World War II: annexing neighbouring countries in the name of “lebensraum”, or creating “living space” for Germans; and his hatred of the Jews, which he turned into the Holocaust.