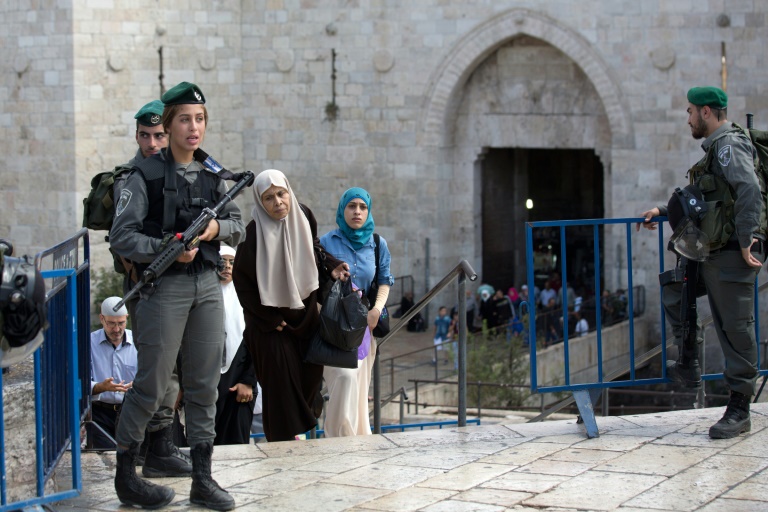 It was the second stabbing incident of the day, while more than 20 have occurred since October 3, spreading fear among Israelis.

Most of the attackers have been young Palestinians.

“A terrorist tried to board a bus after apparently stabbing a woman aged about 70,” a police statement said. “A policeman fired and neutralised him.”

A later statement said that the unidentified attacker was dead.

An AFP journalist at the scene said the incident sparked panic among commuters as armed police rushed into the bus station amid rumours of a second attacker on the loose.

Police later said there had been no second suspect.

Earlier, police said a “terrorist” attempted to stab a security guard at an entrance to Jerusalem’s Old City on Wednesday but was shot dead before harming anyone.

Palestinian media named him as Bassel Sadr, 20, from the West Bank city of Hebron.

Three Israelis were killed and many more were wounded in attacks in Jerusalem on Tuesday, making it the city’s bloodiest day in the current wave of unrest.

Israel set up checkpoints in Palestinian neighbourhoods of annexed east Jerusalem on Wednesday.