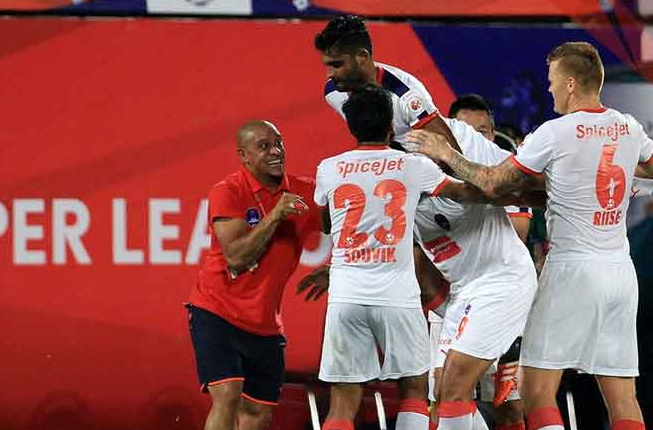 Robin Singh scored on return from national duty while Richard Gadzie proved to be the ‘Super Sub’ with a late goal as Delhi Dynamos notched up a narrow 2-1 win over FC Pune City in the Indian Super League (ISL) football here tonight.

This was Dynamos’ second win in three outings, while the Pune suffered their first defeat at home at the Balewadi Stadium.

India striker Robin Singh scored his debut ISL goal in the 23rd minute to put the visitors ahead and then a late strike from substitute Gadzie (90’+7′) settled the closely contested affair in Dynamos’ favour.

Kalu Uche (90’+8′) scored a last-gasp consolation goal for the hosts.

Configured in a 4-3-3 formation, Diego Colotto and Gouramangi Singh formed the core of the defense for the home side.

Wesley Verhoek and Kalu Uche, who were earning their first starts for the side in the ISL, were the attackers.