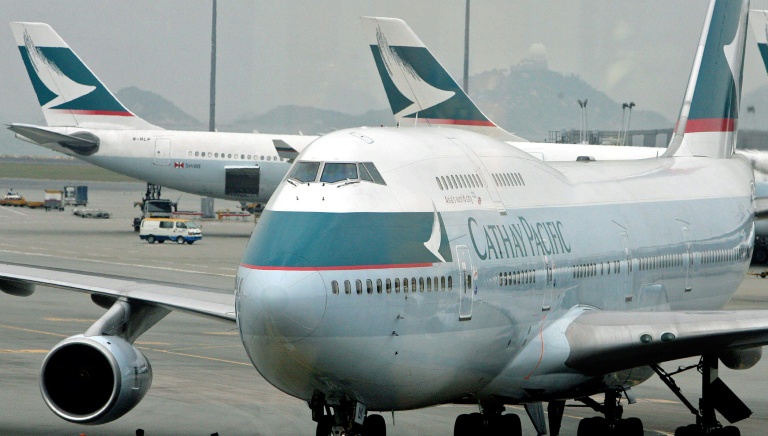 Cathay Pacific said Wednesday it had suspended flights over Iran and the Caspian Sea after an aviation safety body issued a warning about Russian missiles being fired at Syria, while some European airlines have also taken measures.

The European Aviation Safety Agency (EASA) took action to avoid a repeat of the tragedy involving Malaysia Airlines flight MH17, which was shot down over war-torn eastern Ukraine last year, killing all 298 people on board.

Dutch investigators concluded in their final report released Tuesday that the Boeing 777 was brought down by a Russian-made BUK missile.

Russia is intensifying its air campaign against insurgents in Syria and last week also launched a salvo of cruise missiles from its warships in the Caspian.

Hong Kong-based Cathay said Wednesday it had halted all flights over the area in response to the dangers.

“In view of the situation in the region, Cathay Pacific suspended all flights over Iran and Caspian Sea since last Thursday until further notice,” it said in a statement.

The airline said it had received safety advisories from both the EASA and the United Nations’ International Civil Aviation Organisation (ICAO) but added that neither had made specific recommendations to carriers.

Cathay already has a long-term policy not to overfly Iraq, Afghanistan, Ukraine and Syria, the statement said.

Air France said it had introduced measures after receiving the EASA warning on October 9.

“From October 10, on the recommendations of its safety directors, Air France has temporarily put in place special measures concerning the flyover of Iran and the Caspian Sea,” France’s national flag carrier said, adding that security considerations prevented it from giving further details.

The missiles had been launched from the Caspian Sea, it said, adding that the advisory was to “create awareness” for airspace users.

Australian carrier Qantas said Wednesday it had chosen not to suspend flights over the area.

“The Europeans said that those issues were there, but didn’t make any recommendations or changes to what airlines do,” said chief executive Alan Joyce.

“If there was a problem, and if it does turn into being a problem, Qantas will not be flying aircraft through that airspace. But the information that we have is it is safe to do so.”

Qantas flies over Iran on its Dubai to London leg.

Singapore Airlines said Wednesday that it had “resumed normal routings” after previously diverting some flights to avoid the Caspian Sea area.

The airline said decisions on flight routes were “based on numerous factors” and added that it only used routes that had been cleared for use by the authorities.

“The safety of our customers and crew is our number one priority,” the statement added.

Low-cost European operator Norwegian suspended its flights over Iran on Friday as part of its routes between Scandinavia and Dubai following advice from the EASA, but resumed services on Tuesday.

Austrian Airlines said its planes were continuing to fly over the Caspian Sea.

“Our planes fly at 10,000 metres while Russian missiles only reach a very low altitude and therefore present no danger for the moment,” spokesman Wilhelm Baldia said.

Washington and its allies — engaged in their own air war against the Islamic State group in Syria and Iraq — accuse Moscow of targeting moderate Western-backed rebels and seeking to prop up President Bashar al-Assad, a long-time Russian ally.