Home World Back to the Future: Truth is stranger than sci-fi 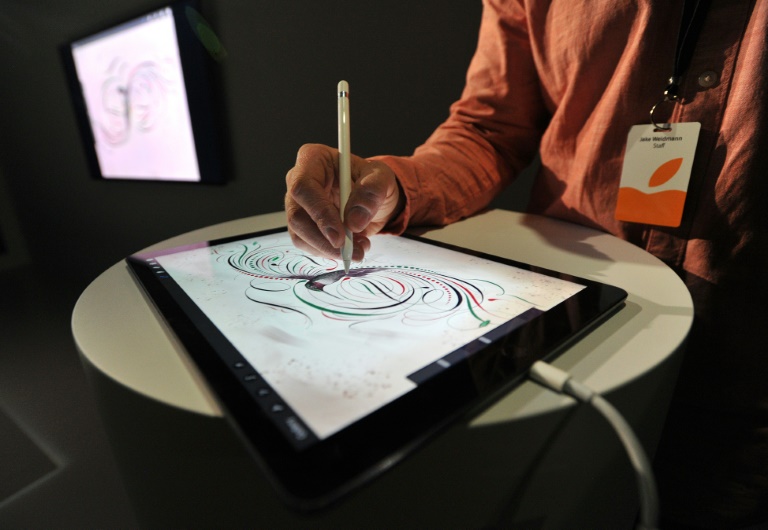 When Marty McFly and “Doc” Brown burst into 2015 in a time machine, straight from the year 1985, they encounter a brave new world of garbage-fuelled flying cars, self-tying shoes and robot waiters.

For audiences in 1989, when CDs were the height of hi-tech, science fiction comedy “Back to the Future II” portrayed an exciting world 30 years down the line in which people would flit around on gravity-defying hoverboards, sporting self-drying, auto-adjusting clothes, and dogs are walked by drones.

Disappointingly, many of the gadgets anticipated by script-writers who dropped the movie’s oddball pair — and their hot-rod DeLorean time machine — into the “future” on October 21, 2015 have failed to materialise.

Yet in many ways, the 2015 of reality is even more radically altered from what filmmakers Robert Zemeckis and Bob Gale could have imagined, say futurists who study and project trends.

What we can do with smartphones now was almost inconceivable then.

“Their capabilities today, including access to all information on the planet, would have absolutely astounded even most futurists of 30 years ago… who didn’t imagine a phone would be for anything other than speaking and texting,” Sydney-based futurist Ross Dawson told AFP.

“Back when the movie was made, people looking at the reality of today would find it quite mind-boggling.”

Technology we would now struggle without — such as Google and Wikipedia, social networking sites Facebook and Twitter, smartphone GPS, and online shopping, would have been hard to envisage when the movie came out.

In the film, Marty, played by a young Michael J. Fox, receives a dismissal notice at home by fax — a now-clunky technology that seemed cutting-edge in the 1980s. The Internet revolution was lurking just around the corner, and the world had yet to receive email.

In 1985, only about a quarter of US households had a microwave oven, and videocassette recorders (VCRs) were the must-have viewing technology.

Today you can buy a home 3-D printer on the Internet for a few hundred dollars, which can produce anything from a gun that squirts water to one that shoots bullets.

We can edit the human genome to fix disease-causing DNA, we have grown hamburger “meat” from cow muscle cells, and we have placed a robot probe on a comet hundreds of millions of kilometres from Earth.

“Humans very quickly get used to innovations and take them for granted,” said Dawson, founder of the Future Exploration Network, which offers scenario planning services.

Still, the film did get some things right.

Though not yet in full swing, we also have biometric technology for paying bills or unlocking doors with a fingerprint, and off-the-shelf smart glasses similar to those worn by Marty’s offspring.

“It was actually quite visionary of them to get so many things right,” said Thomas Frey of the DaVinci Institute, a futurist thinktank.

“They depicted it in kind of a comical, goofy way actually, but I think they did quite a phenomenal job back then of anticipating things that must have seemed fairly ludicrous at the time.”

Some predictions were ahead of their time.

Thirty years ago, most futurists would have given flying cars by 2015 “greater than 50-50 odds,” independent futurist Jack Uldrich told AFP by telephone from Minneapolis.

“There are some companies that are working on flying cars, but what they don’t have is that take-off (vertical) lift,” as demonstrated by Doc’s DeLorean.

Innovators have drawn inspiration from the movie: California-based firm Hendo is creating a hoverboard which works on magnetic repulsion. Shoemaker Nike is working on sneakers with self-tightening “power laces” like the ones Marty wore.

Sci-fi has influenced scientific advancement through the ages, but the task may become harder as technological development accelerates exponentially.

Will humans be teleporting, travelling in time, or discover the secret to eternal life by 2045? Who knows, the experts say.

“One of the things which we could very easily see in 30 years is… humanoids and other robots just being a complete part of our environment,” Dawson said.

Dawson foresees a future not with flying cars per se, but rather self-driving pods — a cheaper and safer alternative.

One thing that the movie got wildly wrong: lawyers have not been “abolished”.

“I think a lot of people wished that had come true,” quipped Uldrich — but then who will settle disputes between humans and robots in the future?