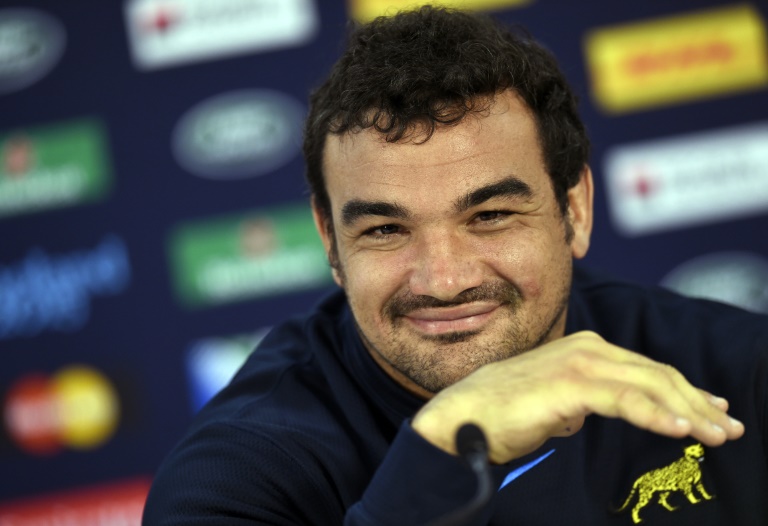 Argentina are on a roll having beaten Australia and South Africa in the past 12 months and captain Agustin Creevy insists the Pumas have “no limits” at the World Cup.

With Ireland reeling from injuries to key players, Argentina can sense an upset in the quarter-final at Cardiff’s Millennium Stadium on Sunday.

“I dream of lifting the cup. I don’t know whether it will come true, but I swear I dream about it,” said the 30-year-old Creevy.

Twelve months ago Argentina beat Australia 21-17 at home. It was the last straw in a troubled reign and Wallabies coach Ewan Mackenzie was gone within two weeks.

One month before coming to the World Cup they defeated South Africa for the first time — 37-25 in Durban — forcing Springboks coach Heyneke Meyer to apologise to the nation. He had to repeat it when they lost to Japan at the World Cup.

The Pumas world ranking has gone up in a year from 12 to six, above England and France.

“This team has no limits,” Creevy declared.

“We have made mistakes, we have problems with nerves. But when we are confident, the team plays.

“In the quarter-finals, the team will be hungry, they can overcome those mistakes and we will be triumphant.

“We can reach the top — the semi-finals, the final, be world champions!”

Creevy has taken delight in being captain since 2012. But his rugby days have had highs and lows.

He made his Test debut in 2005 against Japan as a flanker and secured a contract with French Top 14 side Biarritz.

Creevy barely got a game with Biarritz, suffered injuries and fell out of the Pumas reckoning until coach at the time Santiago Phelan suggested he switch to hooker.

Creevy went back to Argentina and fought his way back into the national side in his new position.

Now an established leader, he has since played with Clermont and Montpellier in France and Worcester in the English second division.

From next year he will be part of the new Buenos Aires team that will compete in the southern hemisphere’s Super Rugby championship in 2016.

Creevy said he is “nervous” making speeches off the field, but determined in the game.

“I ask the veterans questions, but I try to take all the captain’s decisions,” he said. “I take the difficult decisions on the pitch. I listen but I decide.”

He prides himself on the team unity and harmony refusing to take up the captain’s privilege of getting a single room at the team base.

“The room is quiet. I speak more than he does.

“It is a fun, healthy and hard-working group,” said Creevy.

He also lives and breathes the players’ problems.

The whole Argentina squad was outraged when Mariano Galarza was banned for nine weeks after being accused of a dangerous tackle against the All Blacks.

“Mariano is a close friend of mine. When he was suspended, it hit me very hard,” said Creevy.

“But that’s life. I told him that the sanction will make him stronger and that he will get his revenge. It was sad but it unites us when they take one of your soldiers.”

Argentina last reached the semi-finals in 2007 when they beat Ireland on the way in the pool stage. They also beat them in 1999 in a play-off for the quarter-finals.