Home Sports All Blacks appeal for France to keep it clean 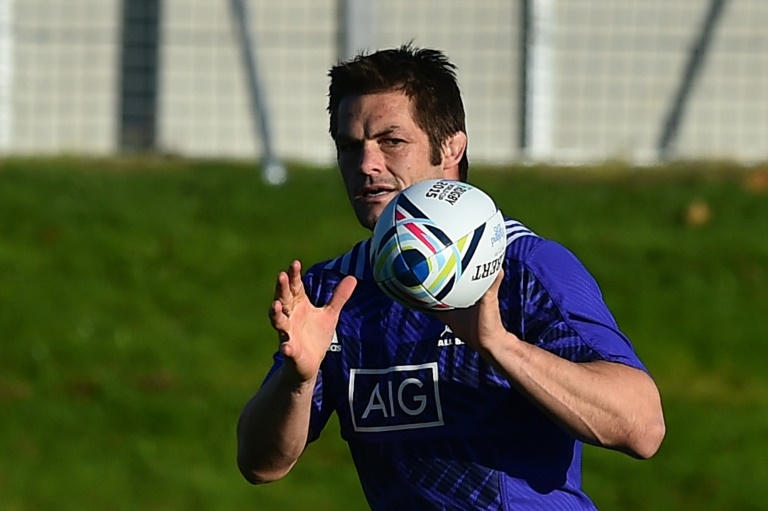 The All Blacks have appealed for Saturday’s World Cup quarter-final against France to have no repeat of the “filth” that has marred previous clashes between the rivals.

There were several incidents in the bitter 2011 final including the eye-gouging of All Blacks skipper Richie McCaw, who in turn was accused of kneeing French fly-half Morgan Parra in the back.

McCaw later accused the French of getting “filthy” in the tense final won 8-7 by the All Blacks, saying: “The French are worse when they are scared.”

Tension started even before kick-off when Thierry Dusautoir’s fired up French battalion advanced on the All Blacks during the pre-match haka, a protocol breach for which they were later fined.

In 1999, after France beat the All Blacks in the semi-finals, prop Franck Tournaire was accused but cleared of biting All Blacks captain Taine Randall.

New Zealand team doctor John Mayhew also claimed other All Blacks had complained about being eye-gouged, head-butted and having their testicles grabbed.

However, backrower Kieran Read led an All Blacks chorus on Tuesday that there was no room for off-the-ball manoeuvres and they wanted them kept out of Saturday’s do-or-die clash.

“This game’s a great game and we want to showcase the talents we’ve got within. So we’ll play it as hard as we can physically but certainly as fair as we can.

“If teams are going to start doing that then you’ve got to adapt as quickly as you can.”

Fellow loose forward Jerome Kaino was pleased that with the use of immediate video replays, referees have been able to clamp down on violence, which he said was not part of the All Blacks armoury.

“We don’t go into a game thinking about that kind of stuff,” he said.

“Our sole focus has been to get our game going and we’ve seen the trend of referees how they’ve been in this World Cup and you don’t want to be on that side of the referees where you get carded and cost your team.

“We want to be clean. Play hard but fair but we don’t want that kind of stuff.”

However, lock Luke Romano indicated a totally clean game could not be guaranteed in such a high-stakes match.

“Every team is going out there to win and every team will do everything they can to win. It’s a quarter-final at the Rugby World Cup. If you lose you go home.

The most notorious incident in All Blacks-France rugby rivalry came in 1986 in the game now known as the “Battle of Nantes”.

Twenty minutes into the game, All Blacks skipper Wayne “Buck” Shelford had his scrotum ripped open and four teeth knocked out.

Incredibly, Shelford had the injury stitched on the sideline and carried on playing until he was concussed by a blow to the head and could not carry on.

Several years later investigative journalist Pierre Ballester claimed in a book that the French players were on amphetamines at the time.