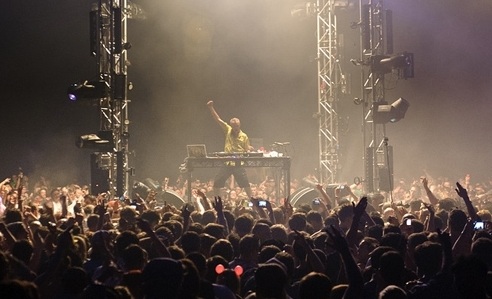 Are you a fan of some very well known artiste? What if they’re in town for their very first concert in the country? You’d make a beeline for the tickets, wouldn’t you? Just like you and I, 23-year-old Aanchal Arora from Pitampura also got very excited the moment there was news of American EDM artist Skrillex having a concert in Gurgaon.

Little did she know that she’d have to pay for it with her life.

Midway into the concert that was packed to the brim, she fell unconscious. As she was taken to the hospital, she was declared dead on arrival. She apparently reached with a ‘flat line’ which translates into no pulse.

Prima facie, the cause of death seems to be a cardiac arrest, triggered by suffocation and lack of oxygen. It is believed that the concert was supposed to have 6,500 people as audience, but thanks to free passes handed out by the organisers, there were more than 15,000 people crammed into the HUDA ground.

Apparently, the organisers are also being investigated for serving alcohol to underage guests. The father of the girl has also lodged a complaint with the police.