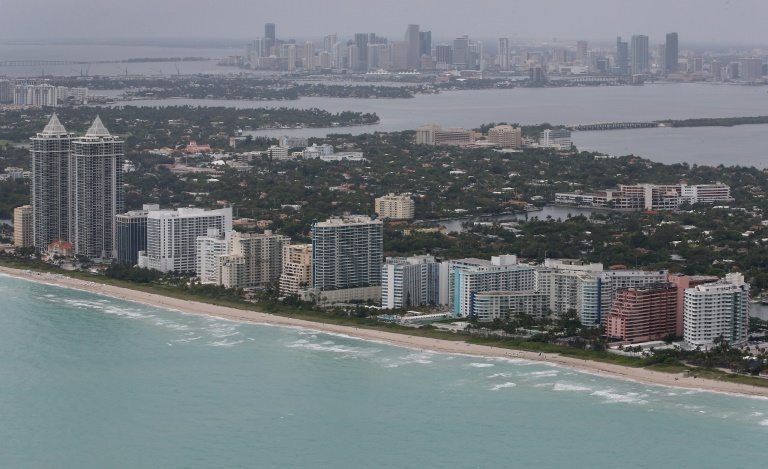 Say goodbye to Miami and New Orleans. No matter what we do to curb global warming, these and other beloved US cities will sink below rising seas, according to a study Monday.

But making extreme carbon cuts and moving to renewable energy could save millions of people living in iconic coastal areas of the United States, said the findings in the October 12 edition of the Proceedings of the National Academy of Sciences, a peer-reviewed US journal.

Scientists have already established that if we do nothing to reduce our burning of fossil fuel up to the year 2100, the planet will face sea level rise of 14-32 feet (4.3â€“9.9 meters), said lead author Ben Strauss, vice president for sea level and climate impacts at Climate Central.

The big uncertainty is the issue of when.

“Some of this could happen as early as next century,” Strauss told AFP.

“But it might also take many centuries,” he added.

“Just think of a pile of ice in a warm room. You know it is going to melt, but it is harder to say how quickly.”

To bring this issue home for people in the United States, the study pinpoints at-risk land where more than 20 million people reside.

The authors projected business-as-usual carbon emissions, in addition to the complication of the melting West Antarctic ice sheet, a process some experts fear is irreversible.

They also considered what might happen if the world were to make a big turnaround, reaching peak carbon emissions by 2020.

This radical scenario would have to occur far earlier than the current aim of some world powers to peak by 2050, said Strauss.

An online tool at allows users to see the impacts on various US cities. A global version is expected in the next month, Strauss said.

The tool shows which US cities may face “lock-in dates beyond which the cumulative effects of carbon emissions likely commit them to long-term sea-level rise that could submerge land under more than half of the city’s population,” said the study.

“Norfolk, Virginia, for example, faces a lock-in date of 2045 under a scenario of unabated carbon emissions.”

For cities like Miami and New Orleans, the limits are already exceeded.

“In our analysis, a lot of cities have futures that depend on our carbon choices but some appear to be already lost,” Strauss said.

“And it is hard to imagine how we could defend Miami in the long run.”

Miami’s low elevation and porous limestone foundation mean that sea walls and levees will not help, he said.

The state of Florida has the most number of big cities at risk from sea level rise, holding 40 percent or more of the US population living on potentially affected land.

After Florida, the next three most affected states are California, Louisiana and New York.

“It is a lot worse looking than Miami.”

New York is also in peril, and under a worst-case scenario, the city could be un-livable by the year 2085, according to the study.

But strong action — the kind that would reduce carbon emissions in the year 2050 to levels that more closely resemble those seen in 1950 — could make a difference.

A total of 14 cities with more than 100,000 residents could avoid locking in this century, including Jacksonville, Florida; Chesapeake, Norfolk, and Virginia Beach in Virginia; and Sacramento and Stockton in California.

“We were really trying to show what the consequences of our carbon choices are going to be,” said Strauss, whose study was edited by renowned NASA climate scientist and author James Hansen.

According to earth scientist Michael Mann, a well-known author on climate change, the latest findings are a “useful contribution to the literature.”

The study provides a “better quantification of the detrimental impacts of the magnitude of sea level rise we may commit to in the decades ahead if we continue with business-as-usual policies of fossil fuel burning,” said Mann, who was not involved in the research.