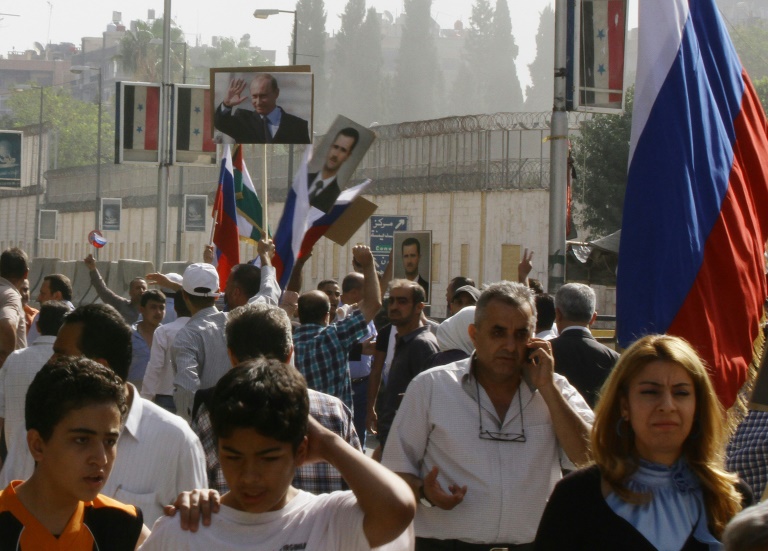 Some 300 people had begun to gather for a demonstration backing Russia’s recent intervention in Syria when the rockets crashed into the embassy compound in the Mazraa neighbourhood of the capital, the journalists at the scene said.

There was widespread panic among the demonstrators, who moments earlier had been waving Russian flags and holding up large photographs of Russian President Vladimir Putin.

The Syrian Observatory for Human Rights monitoring group said the rockets were fired from the eastern edges of the capital, where Islamist rebels are entrenched.

The Russian embassy has been the target of rocket attacks before.

On September 21, just nine days before it began its air war in Syria, Moscow demanded “concrete action” after a shell hit the embassy’s compound in Damascus.

In May, one person was killed by mortar rounds that landed nearby. Three were hurt when mortar rounds landed inside the compound in April.