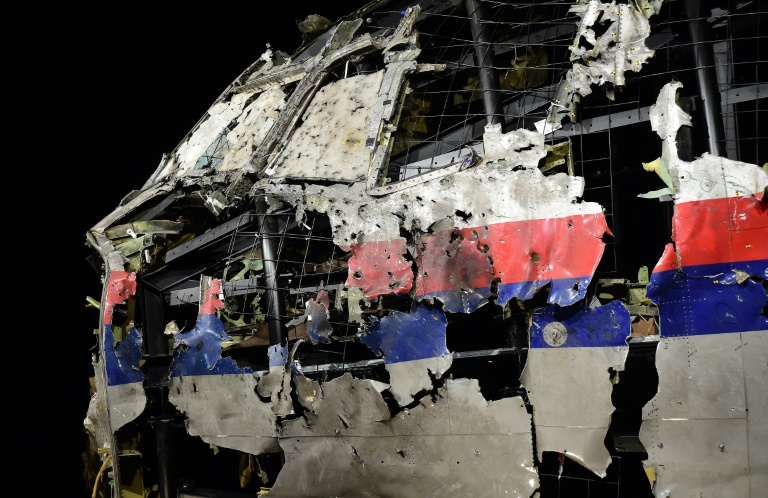 Air crash investigators concluded Tuesday that Malaysia Airlines flight MH17 was shot down by a Russian-made BUK missile fired from war-torn eastern Ukraine last year killing all 298 people on board.

Even though the Dutch-led inquiry did not say who pulled the trigger, Russian officials were already disputing the findings set to further degrade strained ties between Moscow and the West.

The much-anticipated report also said it was possible that some on board the Boeing 777 en route from Amsterdam to Kuala Lumpur may have been conscious during the 90 seconds it took to crash on July 17 last year.

“The wreckage was spread over several sites” near the villages of Grabove, Rozsypne and Ptropavlivka, most of which were in rebel territory, the Dutch report said.

The inquiry has marked out a 320 square kilometre (120 square mile) area in eastern Ukraine from which the missile must have been fired to cause the amount of damage.

But it did not specify whether it came from an area under the control of pro-Russian separatists battling Ukrainian forces.

Standing in front of an eery reconstruction of the plane’s cockpit made from the wreckage, Joustra said the inquiry had not pinned down the exact location of the missile launch site, saying that would take further investigation.

But earlier the respected Volkskrant daily said sources close to the investigation had pointed to it being fired by pro-Russian rebels.

“The BUK missile is developed and made in Russia,” one source told the daily.

“It can be assumed that the rebels would not be able to operate such a device. I suspect the involvement of former Russian military officials.”

Relatives earlier emerged visibly shaken after being privately briefed by Joustra in an conference centre. One of them, Robby Oehlers said a wave of sadness had swept through the room.

Tuesday’s findings were swiftly dismissed by the missile maker Almaz-Antey, after a test which “disputes the version of the Dutch,” adding the damage to the MH17 pointed to the use of an older type of missile.

Dutch Prime Minister Mark Rutte called on Russia to cooperate in the criminal investigation, adding “the priority now is to find and pursue those who are responsible.”

Oehlers said relatives had been told “there was a zero percent chance that the people inside felt anything or had any notion of what was happening.”

But the report states “it cannot be ruled out that some occupants remained conscious for some time during the one to one-and-a-half minutes for which the crash lasted.”