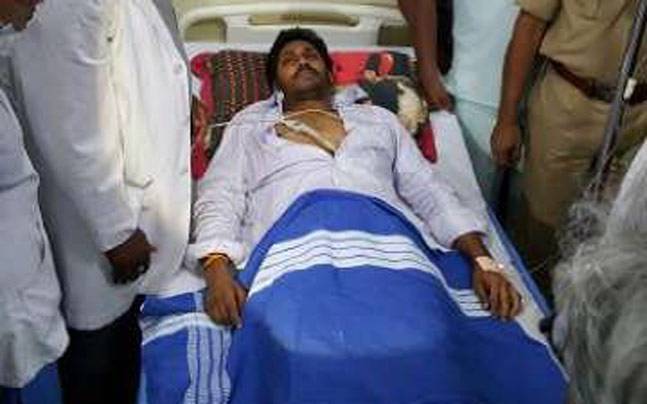 YSR Congress party chief Y.S. Jaganmohan Reddy, who is on an indefinite fast demanding special category status to Andhra Pradesh, was admitted to a hospital on Tuesday morning after his health deteriorated.

Doctors are administering fluids intravenously to Reddy, who has been on a hunger strike since Wednesday at Nallapadu village, in Guntur district.

Reddy’s wife Y S Bharati and sister Y S Sharmila, along with several other supporters rushed to the hospital to meet him.

According to reports, Reddy had earlier vowed to continue his fast till the Central Government accords special status to the state.