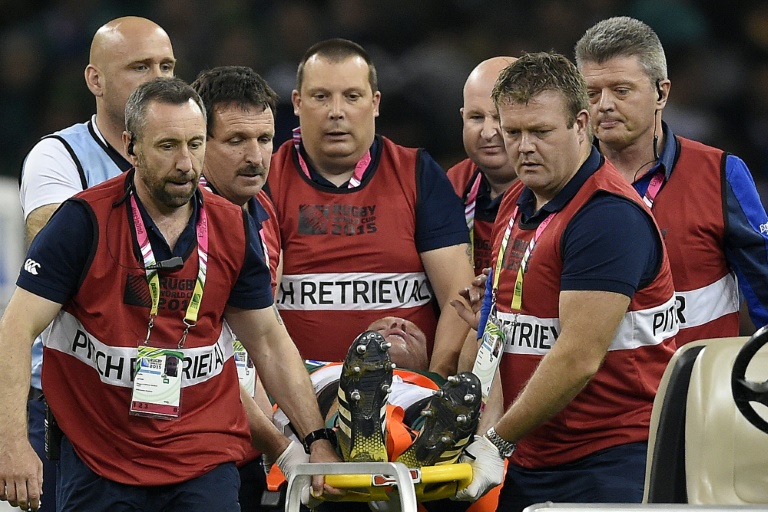 Ireland captain Paul O’Connell can expect to be out of action for at least three months and will miss the rest of the World Cup, his future coach at Toulon Bernard Laporte said on Monday.

O’Connell was forced off with a serious injury during Sunday’s 24-9 final Group D victory over France in Cardiff.

The injury could signal the end of the Irish career for lock O’Connell, 35, who is leaving international rugby and joining Toulon after the World Cup.

Ireland flanker Peter O’Mahony has already been ruled out after suffering knee ligament damage in their brutal victory over France.

And doubts over O’Connell and star fly-half Jonny Sexton hang over Ireland as they countdown to a quarter-final against Argentina on Sunday.