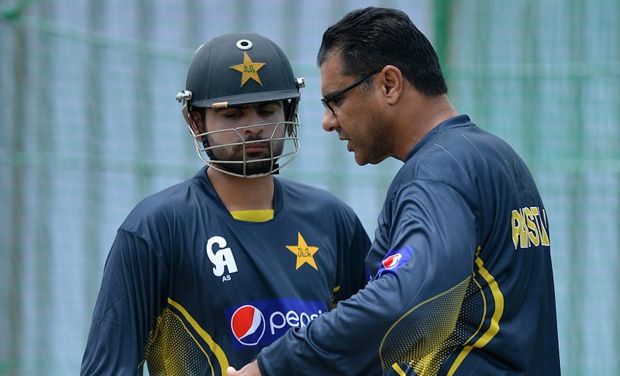 Karachi: Former PCB Chairman Ijaz Butt has set off another controversy by claiming that the national team’s head coach Waqar Younis had resigned before the 2015 World Cup after being insulted by Ahmed Shehzad.

“PCB Chairman Shaharyar Khan told me about the incident and asked me to speak to Waqar to change his mind after he had submitted his resignation when the team returned home from a series,” Butt said.

According to Butt, Waqar decided to step down after manager Naveed Akram Cheema (who has now resigned) reported the incident in the dressing room to the board.

“Apparently one of the players misbehaved with Waqar and insulted him calling him a “sifarashi” during a series. Waqar retaliated physically and the matter went to the Board,” Butt revealed.

Butt said he himself had advised the youngster to behave and build a cricket career for himself.

“I had told him (Shehzad) he was too much under the influence of Shahid Afridi and pandered to him. Waqar was very upset but I convinced him that it was not the right time to resign and he should continue,” Butt who was Chairman from October 2008 to October 2011 said.

Butt said that he had also spoken to Cheema who had related the entire incident to him. “From what the manager said few players were misbehaving with Waqar and challenging his authority in the dressing room.”

Ironically, even during the World Cup in Australia and New Zealand, media had reported about Shehzad, Umar Akmal and another player having problems with Waqar. After the tournament the head coach and captain Misbah-ul-Haq had recommended to the Board to sideline both the youngsters and tell them to play domestic cricket until they improve their cricket discipline and attitude.

Even recently Shehzad’s name cropped up during an inquiry into the Lahore team’s poor show in the National T20 championship with unconfirmed reports he had pressurised the Lahore captain Azhar Ali who is also the captain of Pakistan’s one-day squad.

Shehzad denied any wrong doing and said he was ready to face any inquiry.