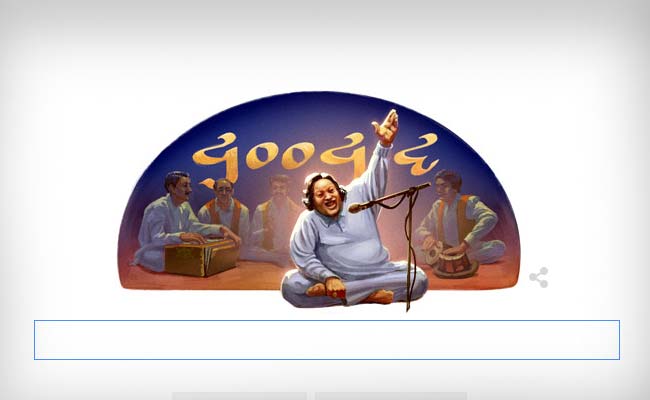 New Delhi: Remember that voice that filled our hearts and stirred our souls? The qawwalis that held deep meanings? Had Nusrat Fateh Ali Khan been alive today, he would have turned 67.

Google users can see the late ‘Afreen Afreen’ singer’s animated picture on the Google logo, where he is sitting and singing qawwali while his team members are playing instruments.

Carrying forward the 600-year-old tradition of Qawwali in his family, he is known for his long hour performances and bringing the magic of Qawwali music to international audience.