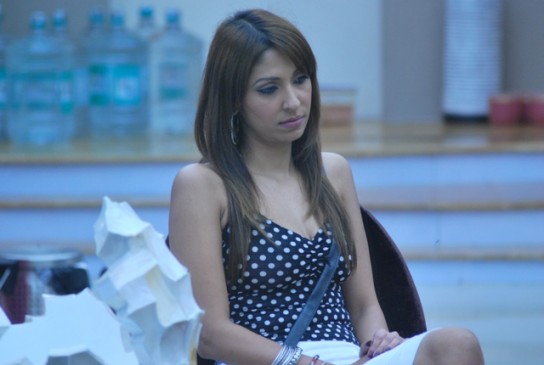 Television actress and Big Boss 5 contestant Pooja Missra is controversy’s favourite child. You don’t believe me? Well, her stars say so, wherever she goes, she creates controversies.

She is once again making the headlines for allegedly assaulting a shopping store staff in Karol Bagh in west Delhi on Sunday night.

A new video has been released showing Pooja in full action, yelling, using abusive language and she not only kicked few members of the staff but also took out her gun and tried to threaten to shoot them. Although, later it was cleared that it was a toy gun.

According to the police, the BB 5 contestant lost her temper after an argument with a customer in the supermarket in the store.

“Why the model lost her temper is yet to be verified. We have recovered the CCTV footage of the incident. The matter is being probed,” said the official. No case has been registered yet.

Earlier also Pooja created a lot of buzz as she filed an FIR against Bollywood actress Sonakshi Sinha and her mother, stating that the duo tried to harass her during her stay in Udaipur. She was also caught misbehaving with a hotel’s staff member and being filthy throughout her conversation.