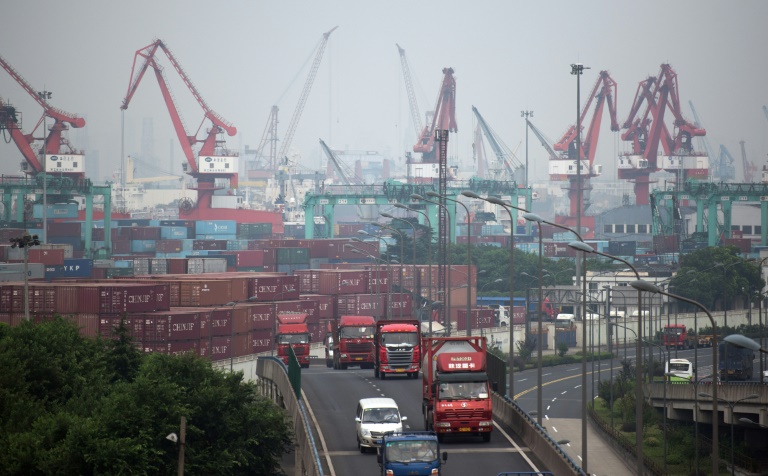 Chinese imports slumped nearly 18 percent last month, official figures showed on Tuesday, highlighting the task facing the country’s leaders as commodities prices slump on the back of a slowing growth in the world’s second-largest economy.

The Asian giant is the world’s leading trader in goods but a slowdown in economic growth has led to a sharp fall in demand for the resources it uses — such as iron ore and oil — hitting producer countries such as Australia.

However, Customs department spokesman Huang Songping told reporters: “Imports of some of the bulk commodity exhibited an increase in volume and a fall in price.”

Imports sank 17.7 percent to 924 billion yuan (around $146 billion). Oil import prices were among the sharpest fallers, Customs said, even as crude purchases went up 8.8 percent.

Beijing is trying to transform the country’s economic model to a more sustainable one where consumers replace exports and state-led investment as the key driver of growth.

But the task is proving challenging. Expansion last year slowed to its lowest rate since 1990 and continues to soften despite policy supports including five interest rate cuts since November.

The International Monetary Fund last week warned that the country could be headed for a hard landing unless leaders get a grip on the current crisis.

Chinese demand for commodities has become a key driver of economic growth for many of the country’s trade partners.

Huge investments by Beijing in infrastructure, such as country-wide high speed rail networks, once drove a seemingly endless demand for raw materials.

But slowing growth has resulted in a global slide in commodity prices — bad news for commodity-dependent supplier economies that have staked their future on constantly rising demand.

China has also been hit by falling demand in some key markets for its manufactured goods, and September exports slipped by 1.1 percent to 1.30 trillion yuan, Customs said.

But that was an improvement on August’s decline and significantly better than the 6 percent drop forecast in a survey of economists by Bloomberg News.

But imports appeared to be weaker than expected in dollar terms, he added, suggesting “domestic demand may have softened somewhat last month”.

The trade surplus for the month nearly doubled to 376.2 billion yuan, Customs said.

“We expect imports and exports situation in the fourth quarter will improve from the third quarter if no major contingent economic or political incidents happen,” Huang said.