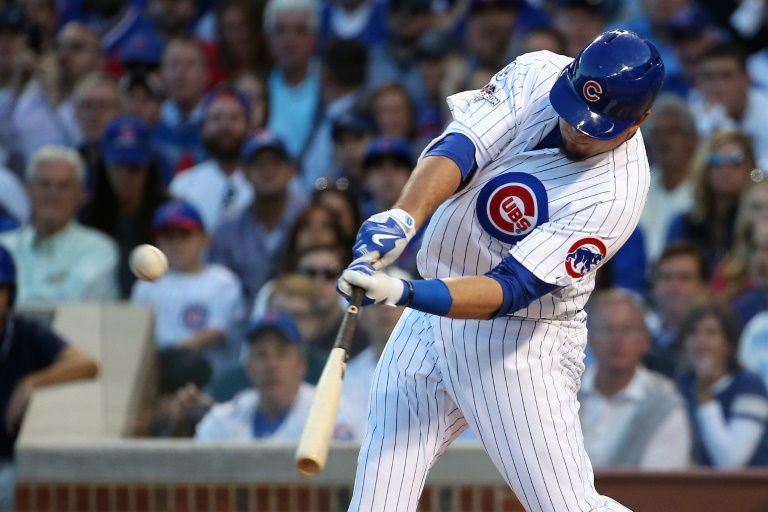 The Chicago Cubs belted a Major League Baseball playoff record six home runs in an 8-6 triumph over St. Louis that put the Cardinals on the brink of elimination.

They took a 2-1 lead in the best-of-five National League Division Series and can advance with a win at home on Tuesday.

The winners of the series will face either the New York Mets or Los Angeles Dodgers for a World Series berth.

On a windy night at the Cubs’ iconic Wrigley Field, Bryant hit a two-run homer and Rizzo delivered a solo shot in a three-run fifth inning that made it 5-2 for the hosts.

St. Louis cut that deficit to one run in the sixth with Jason Heyward’s two-run home run off Cubs ace Jake Arrieta.

Soler got the runs back in the bottom of the sixth with a first-pitch homer that also scored Chris Coghlan.

Fowler smacked the home team’s record-setting sixth homer of the game in the bottom of the eighth giving Chicago an 8-4 lead.

Stephen Piscotty hit a two-out, two-run homer for the Cardinals in the top of the ninth to narrow the final margin.