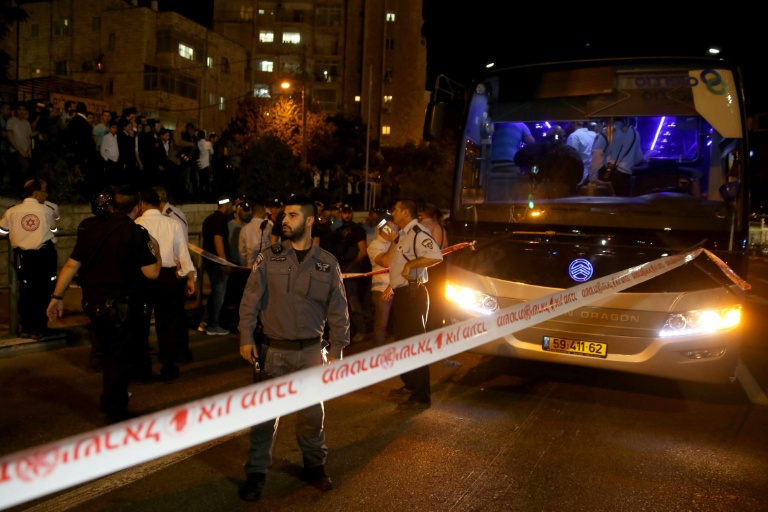 An attacker in a car drove into a central Jerusalem bus stop Tuesday before attacking people at the scene with a knife, police said, as violence in Israel continued to spread.

There were no immediate details on possible casualties. A wave of knife attacks have targeted Israelis since October 3.

Also early on Tuesday, a Palestinian stabbed and wounded a passerby north of Tel Aviv before being detained by civilians in the area, police said.

The victim was “moderately” wounded in the stabbing near a bus station in Raanana, police said.

They described the attacker as a 22-year-old Palestinian from east Jerusalem and said he was taken to hospital with serious injuries after being beaten by residents.

One revenge attack occurred last week, when a Jewish man stabbed and wounded two Arab Israelis and two Palestinians in the southern Israeli city of Dimona.

The attacks along with violent protests in annexed east Jerusalem and the occupied West Bank have led to warnings that a full-scale Palestinian uprising, or third intifada, could erupt.

Unrest has also spread to the Gaza Strip, with clashes along the border in recent days leaving nine Palestinians dead from Israeli fire.

On Monday evening, dozens of Gaza residents broke through the border fence and briefly entered Israel before being pushed back by troops, Palestinian witnesses said.