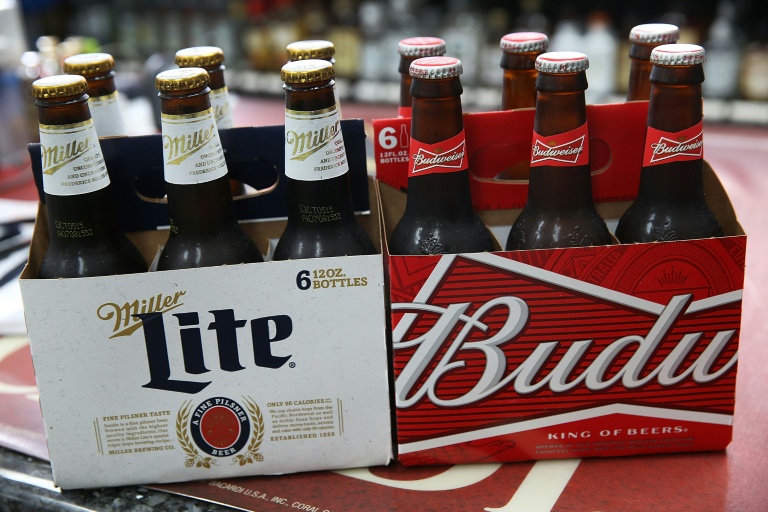 The giant behind top lager brands like Beck’s, Budweiser and Stella Artois has finally clinched an informal deal to buy the London-listed maker of Foster’s, Miller Genuine Draft and Peroni.

AB InBev will pay $122 billion (Â£80 billion, 107 billion euros) including debt, according to data provider Dealogic, in the third biggest takeover in history.

The Belgian-Brazilian behemoth is eager to tap into booming markets in Africa and China, where SABMiller’s joint venture produces Snow — the world’s best selling beer by volume.

InBev, which also brews Hoegaarden and Leffe beers, said in a statement that it agreed to pay Â£44 per share in cash, succeeding with an initially reluctant SABMiller on its fifth takeover tilt.

“The boards of AB InBev and SABMiller announce that they have reached agreement in principle on the key terms of a possible recommended offer,” the pair said in a joint statement.

The outline deal meanwhile comes at a time of growing pressure for rapid consolidation in the brewing industry, which is faced with the increased popularity of so-called craft beers that are brewed by smaller independent firms.

Together, the two brewers will be responsible for one in three beers sold globally, according to market research group Euromonitor International, which has warned however that such a merger would attract close scrutiny by regulators.

News of the deal sent shares in SABMiller, the world’s second-largest brewer, surging on the announcement, with markets expecting a deal to go through despite regulatory hurdles.

Nevertheless, the deal will be closely examined by the competition authorities, said Connor Campbell, analyst at Spreadex trading group.

“Any pact that would cause a single company to produce a third of the worldâ€™s beer is going to come under intense, potentially deal-ending, scrutiny from regulators,” he said.

“However, for now the drinks certainly are on SAB, which surged over 9.0 percent in light of the news.”

AB InBev, which has until October 28 to make the bid formal, undertook to pay a “break fee” of $3 billion if the deal falls through because of regulatory objections or a rejection by its own shareholders.

SABMiller indicated that its board would be prepared unanimously to recommend the all-cash offer to its shareholders.

The latest bid, an improvement on Monday’s bid of Â£43.50 a share, represents a premium of about 50 percent to SABMiller’s closing price on September 14, the final business day prior to renewed speculation of an approach by AB InBev.

SABMiller, which also makes Grolsch and Pilsner Urquell, had rejected the AB InBev’s previous bids as being too low.

In order to firm up its business, SABMiller earlier this year bought London-based craft beer company Meantime for an undisclosed sum, as big players in a saturated beer market eye opportunities in the fast-growing segment.