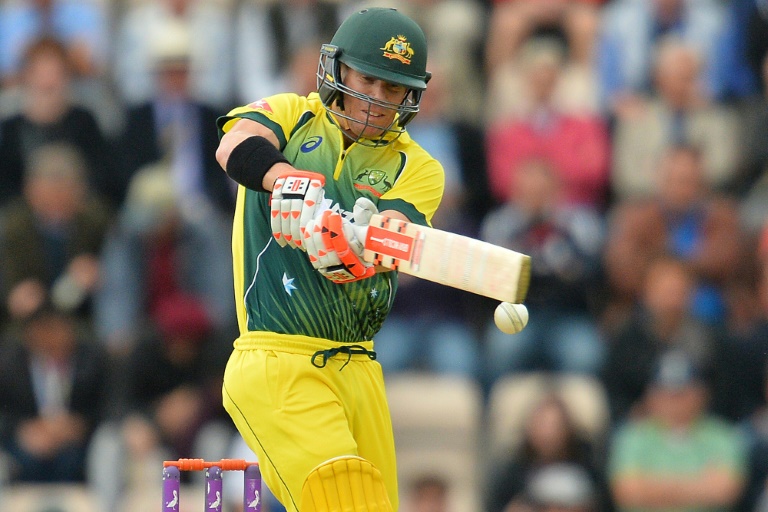 Injured Australian opener David Warner said Tuesday he was confident of being ready for the first Test against New Zealand next month as he slowly recovers from a broken thumb.

The Test vice-captain suffered the injury when he got in a tangle trying to play a Steven Finn bouncer against England in a one-dayer five weeks ago.

He has not played since but is hopeful of returning for New South Wales’s day-night Sheffield Shield match ahead of the Test series against New Zealand which gets under way on November 5.

The left-hander revealed that his last X-ray, taken 11 days ago, had showed the thumb was still broken, but had been told this was quite normal.

“Today is five weeks, it should have healed by the end of this week,” he told reporters on joining a 19-man squad for light training in Sydney as preparations for the series got started.

“Next Monday I want to try and have a hit… I’ll see on Friday with the X-ray how it is.”

The prolonged recovery effectively leaves him with just a single Sheffield Shield game to show form and fitness before the first Test at the Gabba.

That match against South Australia is doubly important because it will be a day-nighter played with a pink ball to simulate conditions for the historic first day-night Test — the second match of the three-Test series against New Zealand.

“I would like to play a Shield game. I would love to have a hit against the pink ball especially,” said Warner.

“That (day-night Test in Adelaide) is one thing I am looking forward to this summer.”