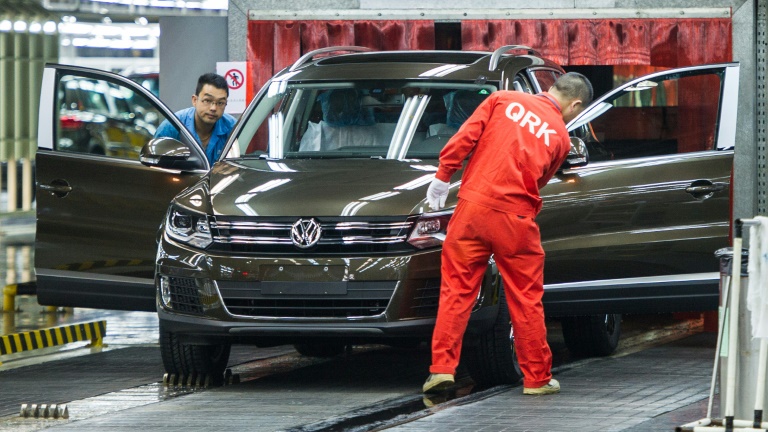 Germany’s Volkswagen on Monday announced a recall of nearly 2,000 vehicles in China — the world’s biggest auto market, where it is the top foreign brand — in a global scandal over emissions cheating.

The German auto giant is facing accusations that it installed software on millions of diesel cars worldwide to cheat emissions tests and evade limits on nitrogen oxide and other pollutants.

VW delivered 3.67 million vehicles in China last year but the recall affects only diesel vehicles imported into the country: 1,946 Tiguan compact SUVs and four Passat B6 cars, the statement said.

The automaker on Monday also repeated earlier statements by its two main joint ventures in China that none of the vehicles they manufacture are affected.

Foreign car makers must enter into ventures with Chinese companies to sell domestically manufactured vehicles in the local market.

VW will first notify the affected owners of the need to fix the software and present detailed measures to deal with the issue to Chinese authorities, the statement said.

“Volkswagen would like to sincerely apologise for any inconvenience caused to our customers,” it added.

VW needs to recall around 11 million diesel vehicles worldwide to remove a “defeat device” aimed at cheating emissions tests, and to bring them into compliance with anti-pollution rules in affected countries.