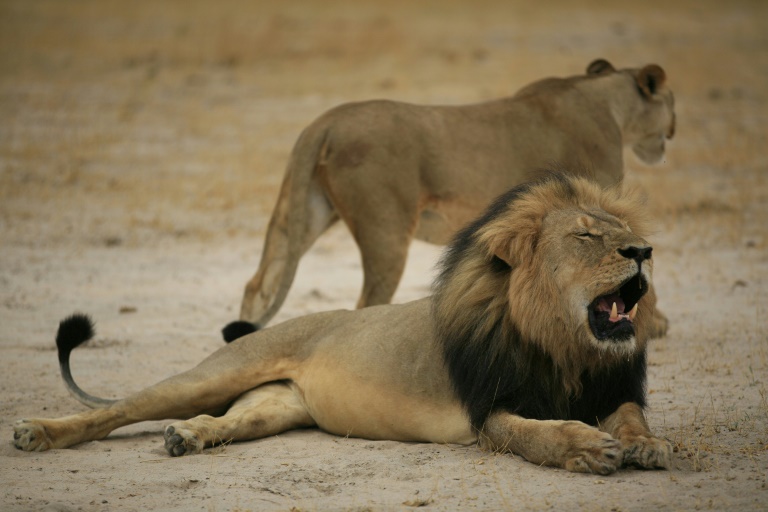 Zimbabwe abandoned Monday its bid to press charges against a US dentist who killed Cecil the lion, saying his papers “were in order” and that he didn’t know he was committing an offence.

The black-maned lion was shot dead with a bow and arrow in July by a US trophy hunter called Walter Palmer in a hunt that provoked worldwide outrage.

The hunt provoke a storm of criticism after it emerged that Cecil was a well-known attraction among visitors to the Hwange National Park and was wearing a tracking collar as part of an Oxford University research project.

But a minister on Monday said Zimbabwe would drop its bid to have Palmer brought to justice because he at the time of hunt, he was carrying all the right papers.

“Palmer came to Zimbabwe because his papers were in order,” Environment Minister Oppah Muchinguri told reporters.

“We are now going to review how we issue hunting quotas,” she said.

“The documents were there… The problem now remains internal.”

The dentist was welcome to return to Zimbabwe but “not for hunting”, she said.

Palmer, an experienced trophy hunter, was hounded on social media over the killing, and after demonstrations outside his dental practice in Minesota, he went into hiding for weeks.

He later apologised for killing Cecil, a 13-year-old male renowned for his distinctive black mane.

Palmer said he believed it was legal hunt and appeared to blame Bronkhorst for misleading him.

The minister said Honest Ndlovu, the local landowner, did not have a hunting quota for a lion but that the rural district council covering the land did.

Bronkhorst has been charged with “failing to prevent an illegal hunt” and is due back in court on Thursday when the judge is due to decide on his application to have the case against him thrown out.

Bronkhorst has always denied any wrongdoing, saying he had obtained all the permits required to kill an elderly lion that was outside the national park boundaries.