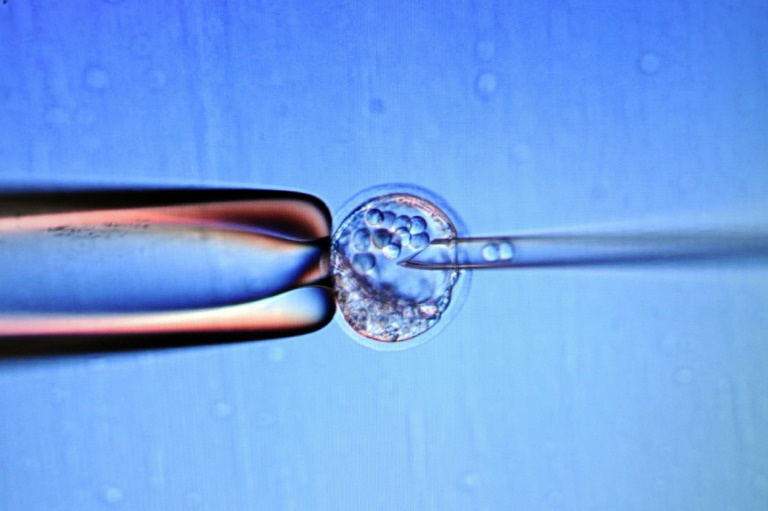 Foetuses burdened with a crippling form of brittle bone disease will receive stem-cell treatment early next year in a pioneering trial, British hospitals participating in the study said Monday.

Stem cells will be injected into the foetuses to help strengthen bones so frail they may break before birth, the researchers said, and into stricken newborns to compare the results.

Children with severe forms of the condition, called osteogenesis imperfecta, suffer repeated fractures of bones throughout the skeleton, leading to painful disability and, in some cases, death in early infancy.

Other symptoms include brittle teeth, hearing loss, and breathing difficulties due to malformed rib cages. There is no cure.

Genetic in origin, brittle bone disease affects about one in 25,000 people of European descent.

The condition is caused by a defect in a gene that produces collagen, a fibre-like protein crucial for strengthening bone, much in the way steel rods reinforce concrete.

The trials, coordinated by the Karolinska Institute in Sweden where the stem-cell treatment was developed, will involve a group of foetuses and a group of newborns.

Stem cells are primitive cells which, as they grow, differentiate into the various specialised cells that make up the different organs — the brain, the heart, the kidney, and so on.

The approach had already been tested on a handful of young children suffering from brittle bone disease, with encouraging results, said the Karolinska Institute’s Cecilia Gotherstrom.

“But we believe that we can improve the treatment for other patients by administering it to the foetus and again in repeated doses during the child’s first years of life,” she said in a statement.

A dozen research institutes, hospitals and pharmaceutical companies across Europe are participating in the trial.

Lyn Chitty of the Great Ormond Street Hospital for children in London will conduct genetic testing of women at high risk of carrying children with the disease, to find subjects for the trial.

“If successful, this project may be one of the first to show that certain conditions can begin to be treated prior to birth, leading to better outcomes for the child,” she according to the hospital.