Home Sports Saina is all set to make a Den-mark! 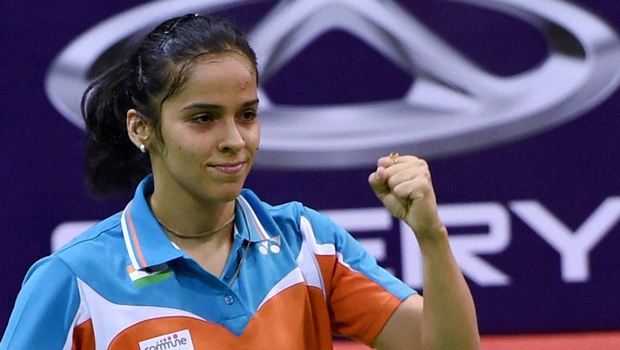 After skipping the Korea Open, World No. 1 Saina Nehwal will be back in action when she leads the Indian challenge at the Denmark Open and sharing some of the limelight in the USD 650,000 Super Series Premier event will be Ajay Jayaram, who clinched the Dutch Open on Sunday evening.

Saina, who had clinched the Denmark title in 2012, is supremely confident after weaving some stupendous performances this year and the Indian ace will look to continue her dominant run when she starts her campaign against Busanan Ongbumrungphan of Thailand on Wednesday.

The 25-year-old from Hyderabad, who won the India Super Series and Syed Modi Grand Prix Gold, a silver medal at World Championship, a runners-up finish at All England, is likely to be tested only after quarterfinals if she plays to her reputation.

Also brimming with confidence will be Jayaram, who reached his maiden Super Series final at the Korea Open in September and then defended his men’s singles title at the Dutch Open Grand Prix on Sunday night.

The Mumbai-born shuttler will have to go through the qualifiers, where he will take on Germany’s Fabian Roth at the Odense Sports Park on Tuesday.

“Danish Open Super Series will offer bigger challenges. I am looking to take the positives from this tournament (Dutch Open) and give my best next week,” he had said after winning the men’s singles title at Almere.

Blowing hot and cold this year, two-time bronze medallist at the World Championship, P V Sindhu, will also look to put his best foot forward when she starts her campaign against Indonesia’s Maria Febe Kusumastuti.

While Srikanth’s first-round opponent is yet to be decided after the withdrawal of Thailand’s Tanongsak Saensomboonsuk, Kashyap will have to fight it out against former world No. 1 and two-time Olympic silver medallist Lee Chong Wei of Malaysia and Prannoy will take on Chinese Taipei’s Hsu Jen Hao.

The Indian men’s doubles pair of Manu Attri and B Sumeeth Reddy, who finished runnersup at Dutch Open yesterday, will square up against England combo of Marcus Ellis and Chris Langridge.

In women’s doubles, 2014 Commonwealth Games silver winning pair of Jwala Gutta and Ashwini Ponnappa will be back in business after missing the Korea Open as they take on Japanese seventh seed Reika Kakiiwa and Miyuki Maeda.