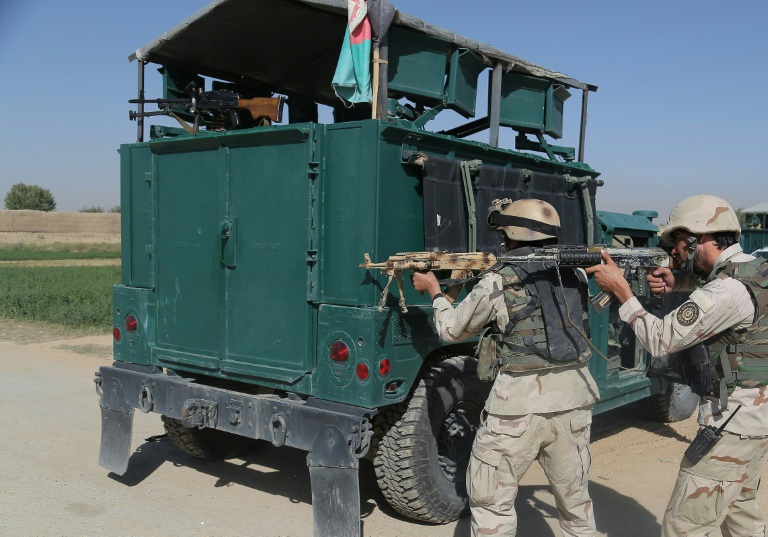 Fighting flared in eastern Afghanistan Monday as Taliban insurgents threatened to storm another provincial capital, two weeks after their lightning capture of northern Kunduz city which marked their biggest military victory in 14 years.

The attempt to seize Ghazni city was repelled by Afghan forces but it raised security alarm bells as the resurgent militant group pushes to expand beyond its rural strongholds in the south of the country.

The violence, which prompted local shops and schools to close, follows the Taliban’s three-day occupation of Kunduz and an attempt by the militants to capture the capital of northern Faryab province.

“They managed to come as close as five kilometres (three miles) to Ghazni city as fierce fighting flared but were quickly pushed back by Afghan forces.”

The development comes after days of sporadic clashes and officials said Afghan military reinforcements had arrived from neighbouring provinces to secure the city.

“The Taliban will soon realise that Ghazni is no Kunduz.”

The fall of Kunduz was a stinging blow to Western-trained Afghan forces, who have largely been fighting on their own since the end of NATO’s combat mission in December.

It raised the prospect of a domino effect of big cities falling into the hands of the Taliban for the first time in 14 years.

Afghan forces claim to have wrested back control of Kunduz but sporadic firefights continue with pockets of insurgents as soldiers, backed by NATO special forces, conduct door-to-door clearance operations.

As fighting spreads in neighbouring provinces such as Badakhshan and Takhar, concerns are mounting that the seizure of Kunduz was merely the opening gambit in a new, bolder strategy to tighten the insurgency’s grip across northern Afghanistan.

The militants last week attempted to overrun Maimana, the capital of Faryab province, but were pushed back by Afghan forces with the aid of pro-government militias.

The emboldened insurgents have stepped up attacks around Afghanistan since they launched their annual summer offensive in late April.

A Taliban suicide bomber targeted a British military convoy in Kabul on Sunday in a rush-hour attack that wounded at least three civilians including a child.

In another setback to coalition forces, NATO confirmed Monday that two Americans and a Frenchman were among five people killed in a helicopter crash in Kabul.

The defence ministry in London had confirmed two British fatalities on Sunday, ruling out any insurgent activity behind the incident.

NATO forces are under fire after a US air strike on October 3 pummelled a hospital in Kunduz run by Doctors Without Borders (MSF), killing at least 12 staff and 10 patients.

The medical charity shut down the trauma centre, branding the incident a “war crime” and demanding an international investigation into the incident, which sparked an avalanche of global condemnation.

The Pentagon announced Saturday it would make compensation payments for those killed or injured in the strike, while suggesting that US forces in Afghanistan could also pay for repairs to the hospital.

But MSF Sunday said it had officially not received any compensation offer, adding that it would not accept funds for repairs in line with its policy of rejecting support from governments.