Home Nation Of culture vultures and heights of intolerance 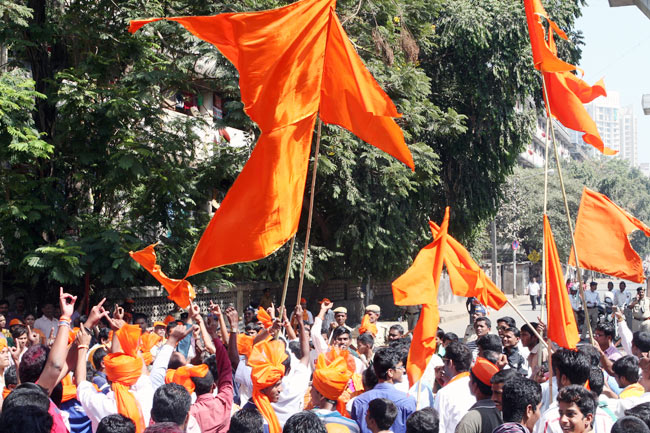 We boast of unity in diversity and all of the that. The world and its wife is amazed by the fact that we continue to be the world’s biggest democracy despite having so much diversity. While from outside it does look like it’s all a rosy picture with a Muslim celebrating Eid inside a Ganesh pandal, inside that boundary that defines India, we breed intolerance of high levels.

There’s intolerance inside homes, but that happens behind closed doors and in hushed tones. But the kind of cultural and religious intolerance that’s being put up on display in the recent past spells shame in big, bold, capital, letters. And yes, being a nation that packs so much diversity has its own modes of shaming and enacting our intolerance is as varied as varied can be.

Don’t get misled by the fact that I would have meant getting a tattoo. No, sire, no. I mean ‘inked’ in every literal way possible. When a public figure, either accused of some misdeed or generally disliked appears in full public gaze, one way of showing dissent is by smearing ink on their faces. Thumb rule: the blacker the better. While Chairman of Observer Research Sudhendra Kulkarni hosted Pakistani Foreign Minister Khurshid Kasuri for a book launch, the Shiv Sena didn’t approve of it one bit. So, as a mark of their protest, they chucked some ink on Kulkarni’s face. Mature!

However, Kulkarni isn’t the only one who’s taken that ink facial. From Arvind Kejriwal who got treated to it by an irked Anna fan, to former business magnate Subrata Roy to our very own rubber Baba Ramdev, this black ink has found its way to many a prominent face. What a shame!

When it comes to shoe showers, our politicians can give anyone a run for their money. At the receiving end of most incidents of shoe hurling are our esteemed politicians — they are one of the categories of public figures who invite a lot of wrath from the public.

From Bihar Chief Minister Jitan Ram Manjhi, who got this royal treatment while holding a janta durbar, to Arvind Kejriwal, Manmohan Singh, P Chidambaram and Rahul Gandhi, all these political bigwigs faced heights of embarrassment when the shoes kissed their crimson faces. Just because we live in a democratic nation that allows people to act as per their wish, it doesn’t give anyone the liberty to display such levels of intolerance.

Like I mentioned earlier, in a land that has a host of cultures, one offends the other. And some of these vultures are always on the hunt. One such incident was when girls were dragged out of a pub in Mangalore and beaten up in full public view. Similarly, in Mumbai, a few weeks back, there was a certain moral patrolling where couples were pulled out of hotel rooms. Some sections of the media also play this part, with many pulling off ‘stories’ that talk about scantily clad women, or ladies in leggings and try to gain TRPs. And then, marrying off couples or making them tie rakhis has been a long existing such ritual on Valentine’s’ day.

Caught in the cross firing of intolerance by different sections is art. Artistes suffer and we as fans are deprived of art that could stir our souls. Matches are called off, bottles are hurled at visiting teams, artists like Ghulam Ali face closed doors and art suffers in general.

We as a nation need to realise that it’s a matter of great pride to be recognised as nation that can live together in harmony despite all the differences. However, these acts of intolerance just mar that image and tarnish it forever.