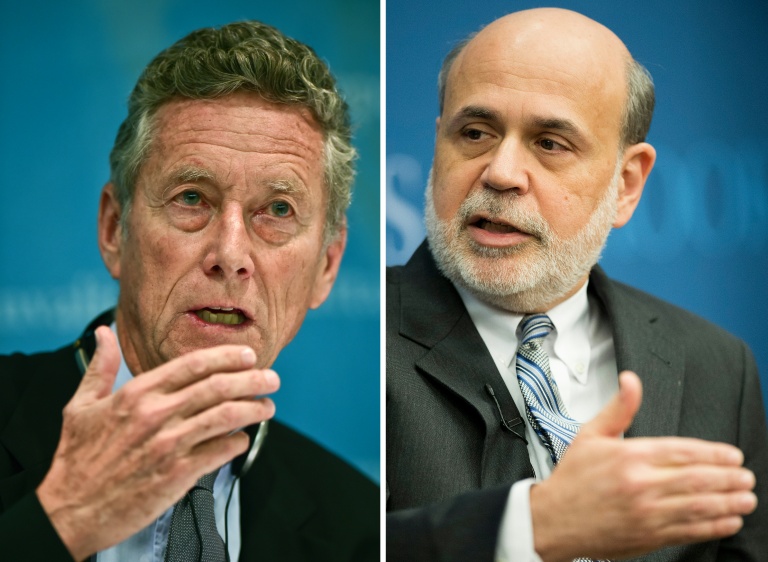 The 2015 Nobel season wraps up Monday with the announcement of the winner of the economics prize, which could go to research into the job market or consumer behaviour, though no obvious frontrunner stands out.

The prize is to be announced on Monday at 1:00 pm (1100 GMT) by the Royal Swedish Academy of Sciences in Stockholm, and will mark the close of a season that has seen the literature prize go to Belarussian writer Svetlana Alexievich and the peace prize awarded to Tunisia’s National Dialogue Quartet, four civil society groups that helped rescue the only democracy to emerge from the Arab Spring.

The economics prize — the only one of the six awards not created in Swedish philanthropist and scientist Alfred Nobel’s 1895 will, instead founded by the Swedish central bank in his memory in 1968 — has been controversial since its inception, with some seeing it as veering too close to politics.

Unlike the medicine, physics and chemistry prizes, all announced last week, “economics is not an experimental science,” Peter Englund, the former head of the Economic Sciences Prize Committee, wrote on the Nobel Foundation’s website.

And each year, critics note that Alfred Nobel never intended to reward economists.

Members of the public often point out that economists have been unreliable in predicting financial crises and economic downturns, and that so far a remedy against mass unemployment remains elusive.

Last year’s winner, Jean Tirole of France has a largely academic profile, but won for his analysis of big companies, market power and regulation.

This year the jury may choose to honour someone who has combined a research career with the harsh reality of the financial crisis: France’s Olivier Blanchard, who stepped down as chief economist of the International Monetary Fund this month, or Ben Bernanke, the former chairman of the US Federal Reserve.

Still, the favourites are a host of decidedly more low-key professors at US universities such as Indian-born Avinash Dixit of Princeton, American economist Robert Barro of Harvard and Finland’s Bengt Holmstrom at MIT.

Contrary to previous years, there is no clear favourite for the 2015 prize.

However, predictions about the field of research to be awarded seem more affirmative.

According to Johan Schuck, a journalist at Swedish newspaper Dagens Nyheter, behavioural economics “is due to be honoured”, with Switzerland’s Ernst Fehr seen as a possible laureate.

A total of 75 people have won the economics prize over the years, including only one woman: Elinor Ostrom of the US in 2009.

If it wanted to honour a second woman, the jury could look to Americans Claudia Goldin, who works on inequality, and Anne Krueger, a free trade expert.

However, their work may be too recent to be considered for the prize, Schuck noted.

Last week, the Nobel season opened with the medicine prize, which went to William Campbell, an Irish-born American, Japan’s Satoshi Omura and China’s Tu Youyou for developing treatments against parasites and malaria.

The physics prize went to Japan’s Takaaki Kajita and Canada’s Arthur McDonald for determining that neutrinos have mass, a key piece of the puzzle in understanding the Universe.

And the chemistry prize went to Tomas Lindahl of Sweden, Paul Modrich of the US, and Turkish-American Aziz Sancar for work on how cells repair damaged DNA.

The 2015 laureates will receive their prizes, which consist of a diploma, a gold medal and the prize sum of eight million Swedish kronor (about 860,000 euros, $950,000), at formal ceremonies in Stockholm and Oslo as tradition dictates on December 10, the anniversary of the death of Alfred Nobel in 1896.