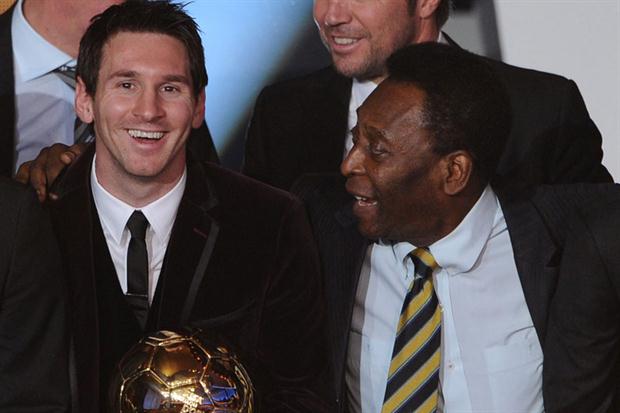 “It’s very difficult to make a comparison of players of different generations. But in last 10 years Messi was the best. Ronaldo plays forward and tries to score while Messi plays with a different style. In my team I would love to have both… We have Neymar who also has good future,” the only footballer to have won three World Cups said in his first news conference during his one-week sojourn in India.

The 74-year-old agreed that the sport has become highly competitive, but Pele said he would have been successful had he played in this generation.

“No doubt football today is more tough than before but when God gifts you to play football it’s the same in any generation. Football is all about skill. I’m sure Beto would have been equally successful had he played in this era.”

Refusing to answer queries on FIFA, which is engulfed in crisis post Sepp Blatter controversy, Pele however said he has “no intention to contest for the post of president”.

Post-World Cup where they were thrashed 1-7 by Germany, the once heavyweights Brazil may not be the same force to reckon with and Pele blamed it on the team atmosphere.

“We have not lost passion for football. We have the best players for Brazil but unfortunately, we don’t have time to prepare the team.

“Individual players are important but have to have a good team you need to play together well as a team. That’s the big problem.

“Individually we have the best players but as a team we’ve a lot of problem. In my time the players used to belong to the clubs but today players are managed by their agents.