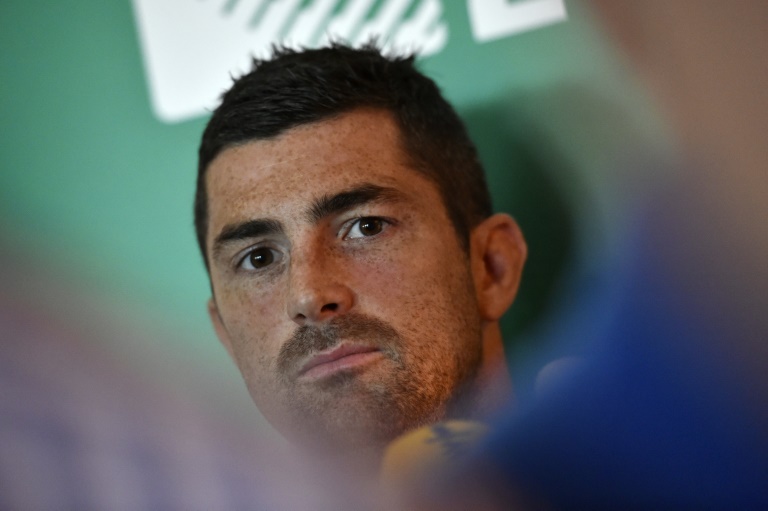 Ireland full-back Rob Kearney has warned that his unbeaten side must not fall into the same World Cup trap they did four years ago when they were unceremoniously dumped out in the quarter-finals.

The Irish beat France 24-9 in the Pool D decider Sunday to set up a last-eight clash with Argentina next weekend. The French now face defending champions New Zealand. Both matches are scheduled for Cardiff’s Millennium Stadium.

But Kearney was keen to warn his teammates away from any deja vu, the Irish team having been soundly beaten by Wales in the 2011 quarter-final.

“So we don’t have much time to sit around and think about this great performance we had yesterday, we have to move on really quickly.”

Winger Tommy Bowe has described that heart-wrenching 22-10 loss to Wales in Wellington as the lowest point of his career, but Kearney insisted the team had changed since then.

“We’re a very different team to four years ago,” he said. “Our mental strength on how we approach games on a week-to-week basis has improved massively.

“This’ll be a big test for us on how much of a week-to-week team we are.”

Irish playing resources will be tested to the hilt following the news that flanker Peter O’Mahony is ruled out of the World Cup by a knee ligament injury sustained in the France game.

There are also doubts over skipper Paul O’Connell and fly-half Jonny Sexton.

Kearney was full of praise for Sexton’s replacement Ian Madigan, who came on after 25 minutes and not only dictated the game but kicked two penalties and a conversion.

“It was a day he really stood up, we needed him to come on and really take control of things and he did, it was brilliant,” Kearney said.

The team would now focus on the problems Argentina will pose. Los Pumas coasted through their pool after narrowly losing 26-16 to New Zealand in their opener.

“Bar the Australians, the Argentinians have probably been the most impressive side,” Kearney said.

“Their ability to score points has been very, very strong throughout the tournament and we just need to make sure we’re next-task focused as quickly as we can be.”

Kearney added: “We’ve always said before the tournament started that there were six, seven, eight teams who have a genuine chance of winning this tournament.

“The quality of the pool games throughout the competition has been really strong.

“I think all teams believe that if they don’t turn up on a given day, that they can be rolled over very easily.”