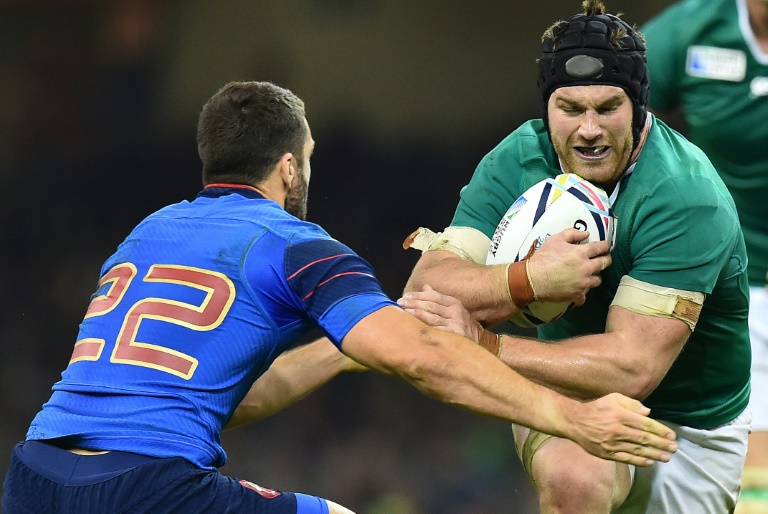 The incident — widely shown on the Internet — happened in the first minute of the match which Ireland won 24-9 to take first place in Pool D.

Pape, who in February this year was banned for 10 weeks for kneeing Ireland’s Jamie Heaslip in the back in the Six Nations, required treatment on the pitch just after.

O’Brien could be cited by a disciplinary commissioner. But Ireland coach Joe Schmidt said he did not think O’Brien had punched intentionally.

“I truly hope not,” Schmidt replied when asked whether O’Brien faced a ban.

“I also think it’s not a closed fist.”

“Hopefully it’s not something that impacts on us considering the dressing room at the moment with the amount of injuries we have,” said Schmidt.

“We can ill afford to lose another player, particularly a player of Sean’s experience and standing in the group.”

O’Connell and O’Mahony were stretchered off while Sexton limped off in the 26th minute.

The Irish have already lost first-choice centre Jared Payne for the rest of the tournament — he was given the bad news on the eve of the match over his foot injury.