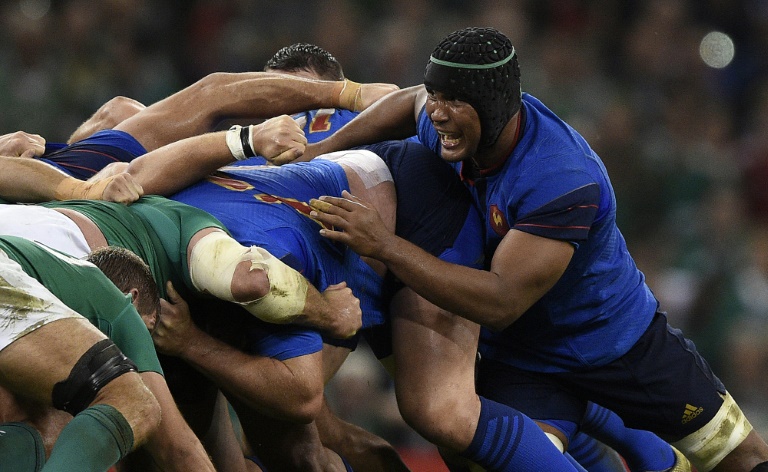 French captain Thierry Dusautoir said his side must quickly “recharge” for their World Cup quarter-final against New Zealand which will be held at a venue holding bad memories for the defending champions.

Ireland’s 24-9 win over France in a bruising encounter at the Millennium Stadium on Sunday consigned Les Bleus to face the All Blacks in their first sudden-death match next weekend.

France appeared shocked by the defeat in the final Pool D game and its consequences.

“We will talk about the things that didn’t work, especially the rucks which were catastrophic, and concentrate on the (next) match,” said scrum half Sebastien Tillous-Borde

“We are up now against the beast, the best country in the world,” added lock Yoann Maestri.

“We have our backs to the wall and we will have to see how we pick ourselves up. For my generation this will be the biggest match of our lives.”

But France have form beating New Zealand too. And next week will be a repeat scenario of the 2007 quarter-final also played at the Millennium Stadium, where France equally famously knocked out the All Blacks.

New Zealand see the game as a chance to exorcise the demons from that 20-18 loss and they have used the defeat to map out their blueprint for this World Cup.

But for Dusautoir, who played in that momentous clash along with All Blacks Richie McCaw and Dan Carter, France must only it is time to look forward after the Ireland disappointment.

“Each match is different, and this team has its own history. There’s no need to refer back to something from eight years ago,” he said.

“The essential thing now is to overcome the disappointment and rest up because we have the match in six days. We need to recharge mentally and physically.

“Everything remains possible, we’ll stay focused on ourselves.”

After the battering that Ireland’s Jamie Heaslip described as “a dogfight, at times a real slugfest” France coach Philippe Saint-Andre lacked conviction as he looked towards the date with the All Blacks.

“We need to rehabilitate, analyse the game, all the while knowing that we’re still in it,” he said before listing a lack of clean ball in the second half, multiple errors on attack and too many penalties as areas to be addressed.

“New Zealand are favourites, but in a game of rugby you never know. It’s important for us to stick together.

“We didn’t perform well today and we now go away to get ready for a huge, huge, huge game against the All Blacks.”

France have twice made the World Cup final and both times were beaten by the All Blacks when New Zealand hosted the tournament.

Although Saint-Andre made the All Blacks favourites, Dusautoir said his side did not lack in confidence.

“We’re still in the competition and we believe in ourselves,” he said.

“We’re very tired, but there remains a match to play, a quarter-final against New Zealand and we’ll try and play that game with all our might.”