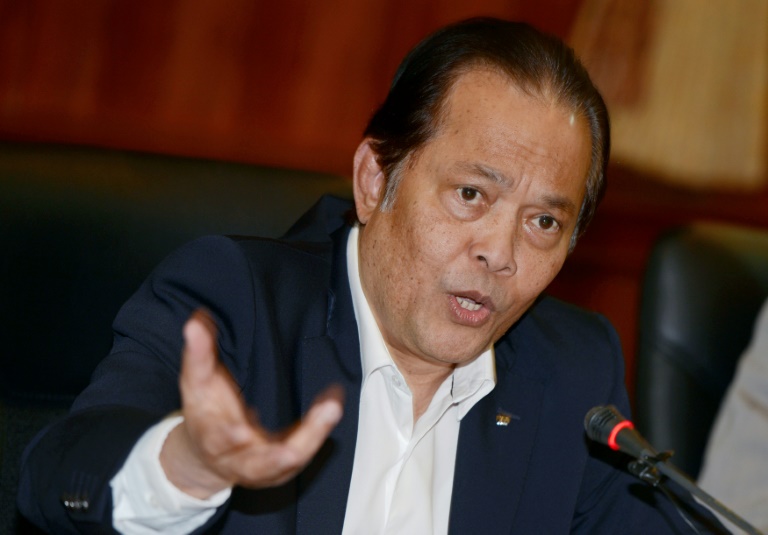 The ethics committee said it had moved to sideline Worawi “on the grounds that a breach of the Code of Ethics appears to have been committed and a decision on the main issue may not be taken early enough.”

Worawi was a FIFA executive committee member for 18 years until May – including for its 2010 vote for the 2018 and 2022 World Cups – and has faced multiple allegations of wrongdoing.

The 63-year-old was found guilty in July by a Thai court of forgery in his reelection as head of the Football Association of Thailand.

Worawi told AFP he would fight to save his name and intended to stay in the Thai election even though he is banned immediately “from all football activities at national and international level for 90 days.”

“I am confused by this, I just heard the news,” he said.

“I am not guilty of anything. Under Thai law I still have the right to appeal (the July court decision). I did not falsify anything, what I did was absolutely legal.”

Hayatou had been set to turn up at FIFA’s Zurich headquarters to assume command on Tuesday, but the 69-year-old African football boss’s arrival is “now expected on Wednesday”, a FIFA press spokesperson revealed.

He was appointed caretaker boss of FIFA in his capacity as its oldest serving vice-president.

Hayatou was in his native Cameroon at the weekend, and has since moved on to the Gabon capital Libreville to take charge of a Confederation of African Football meeting.

Blatter was relieved of his duties by FIFA’s ethics committee as Swiss prosecutors investigate him for criminal mismanagement.

The 79-year-old, who was due to stand aside from the organisation he has run since 1998 in February, is appealing his suspension.

On Sunday, a defiant Blatter told Swiss weekly Schweizer am Sonntag: “I’m a fighter. They can destroy me, but they can’t destroy my life’s work.”

Platini, the UEFA president and a front runner to succeed Blatter, is also appealing his ban.

The former French football legend has denied any wrongdoing in accepting a $2million payment from FIFA in 2011 for consulting work he undertook years earlier and called the ban “farcical.”

The seemingly never-ending turmoil at the top of football has prompted a hastily-convened meeting of FIFA’s executive committee on October 20.

And some reports suggest one topic on the menu will be the delaying of the February 26 election to find Blatter’s replacement, following Platini’s ban and the six-year suspension meted out to another potential presidential candidate, South Korea’s Chung Mong-joon.

But the FIFA spokesperson said: “Up to now there has been no official request for that.”

Michel Zen Ruffinen, a former FIFA secretary-general, said Monday he was mulling over whether to throw his hat into the presidential ring.

“I’m reflecting on a number of scenarios including putting forward my candidature,” the 56-year-old Swiss lawyer told AFP.

The deadline for would-be candidates who must have the backing of five football federations, is on October 26.

The extraordinary meeting of FIFA’s top brass “is going to last a day”, FIFA said, without confirming whether, like UEFA, it would be followed by a press conference.

FIFA’s Reform Committee meanwhile is due to hold a three-day session starting Friday in Berne.

This is the second time the committee set up in August and presided over by Swiss lawyer Francois Carrard, has met.

A third meeting is planned after which it will present its proposals to overhaul the sleaze-tainted organisation.