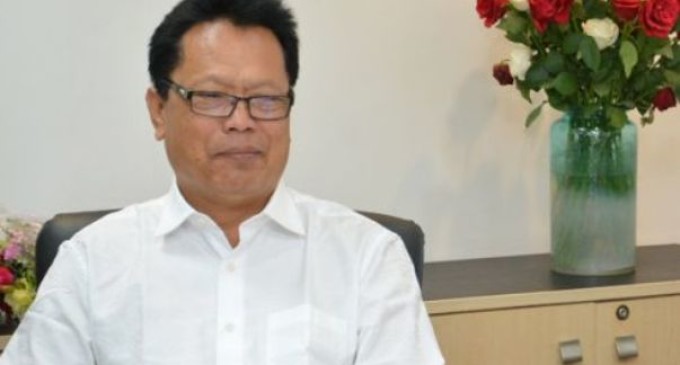 According to NorthEast Today, Doordarshan is all set to organise Mizo or Indigenous Games Festival in Aizawl during the first week of November next. A 3-day Indigenous games would be held at Brigade Field in Bawngkawn wherein various YMA branches in the Mizoram state capital would be taking part in 7 events or disciplines of Mizo traditional games, Doordarshan Director General, C Lalrosanga said, adding that DD Sports channel would give live broadcast of the event.

The Organising Committee which met under the leadership of Doordarshan Director General C Lalrosanga today approved 7 Mizo indigenous games for the said event. In the men event, various YMA branches in Aizawl would be competing each other on Mizo indigenous games viz. Inbuan (wrestling), Insaihruipawh (traditional game for tug of war), Insuknawr (traditional game for stick fighting) and Inarpa sual (Cock fighting). While in the women event, Mizo traditional or indigenous games for girls like Inkawibah (Kawi bean games), Ketaminu tlansiak and Tuium khirha tui inchawisiak (carrying water with bamboo) would be held during a 3 day long traditional sports festival.

Doordarshan has approved an estimate of Rs 10 lakhs as budget for the sports festival. Doordarshan Director General C Lalrosanga told media that the central government has decided to broadcast the traditional or indigenous games of different states or region as part of up gradation of DD Sports channel. And for the first instance, Mizoram has been selected for the said purpose. A doordarshan sponsored indigenous games festival which would be held in the first week of November will be an important step in the promotion and protection of Mizo traditional or indigenous games, according to C Lalrosanga.

DD Sports Channel Adviser Abhishek also said that the promotion of indigenous is crucial to develop the country in the field of games and sports. According to him the Indigenous Games Festival to be held in November would give an opportunity for larger exposition of Mizo indigenous games and culture.