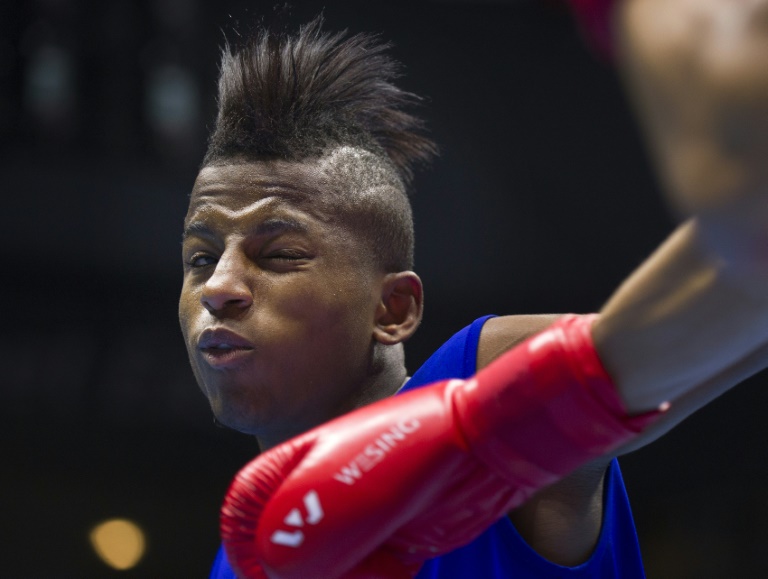 Cuban boxers dominated on the opening night of semi-finals at the AIBA World Boxing Championships in Qatar on Sunday, with three fighters progressing to the finals.

Lopez and Savon were particularly impressive and will take some stopping in their finals.

The powerful Lopez brushed aside Egypt’s brave but well-beaten Hosam Abdin in possibly the noisiest bout of the night, with both fighters cheered on by a large number of supporters from their own country in the Ali Bin Hamad Al Attiyah Arena in the capital, Doha.

Abdin’s face was well-marked by the end of the three-round bout, which Lopez took with a unanimous points decision. In the final he faces Uzbekistan’s Bektemir Melikuziev, who narrowly defeated Ireland’s Michael O’Reilly in a split points decision.

Melikuziev, the Asian middleweight champion, narrowly took the fight two rounds to one.

Savon jabbed and blasted his way to victory against Abdulkadir Abdullayev of Azerbaijan and will take on Russia’s powerful southpaw Evgeny Tischenko in the final, which promises to be one of the best fights of the 10-day tournament.

Another notable win among the ten semi-finals on Sunday came for Ireland’s Michael Conlan.

The busy bantamweight (56kg) skilfully saw off Dmitry Asanau of Belarus with a unanimous points decision.

Belfast’s Conlan said he was confident of victory in the final and was yet to “get out of third gear” in the tournament.

“I’m really looking forward to the final now,” he said afterwards. “I kept my cool and held my patience, I didn’t panic.”

He added that the final would “either be a boxing match or a war”.

The Indian disputed the decision saying he thought he was “the clear winner”.

“It is always nice when you hear people saying that you should have won, but the reality is that I didn’t.”

Filipino Rogen Ladon, who had defeated world number two Joselito Velazquez of Mexico earlier in the tournament, found the semi-finals to be one fight too far, losing to Russia’s Vasili Egorov, in the first bout of the night in the light-flyweight division.