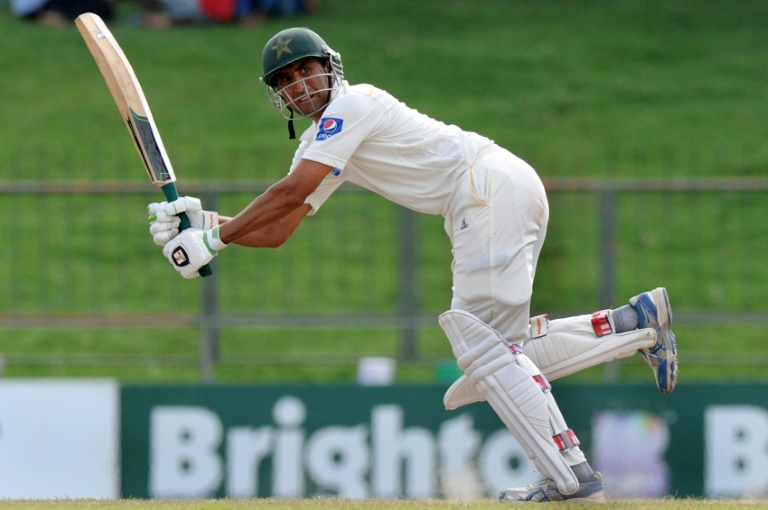 Younis Khan is poised to surpass Javed Miandad as Pakistan’s greatest Test match run scorer, but refuses to be considered the equal of a man he describes as a “legend and an idol”.

The 37-year-old needs just 19 more runs in the three-Test series against England starting on Tuesday to pass Miandad’s tally of 8,832 runs scored in 124 matches during an illustrious career which stretched from 1976 to 1993.

“It would be great to achieve the record. I never thought I would do it at the start of my career,” said Younis.

“Passing Miandad would be great but I am in no way close to the great man who is a legend of Pakistan cricket.”

He added: “Even after passing his tally of runs I would not be able to attain the heights that Miandad achieved. He was idolised by millions.”

Like Miandad, Younis hit a hundred on debut which came against Sri Lanka at Rawalpindi in 2000.

Last year, he plundered 468 runs in the 2-0 win over Australia, Pakistan’s first Test series victory over the Australians in 20 years.

“Records aside, I want to bat for my country and the best identity for me is not records. I want to be recognised as a batsman who always played for his country,” said Younis.

The veteran denied he was under any pressure to achieve the milestone.

“I am feeling very normal, there is no pressure on me,” said Younis.

“This is an important series for us so I want to do my best for the team and for the country.”

The veteran batsman is in great nick, having smashed a brilliant undefeated 171 in Pakistan’s last Test against Sri Lanka at Pallekele in July.

That helped Pakistan chase down their highest target of 377 to win a Test. His score was the highest in the fourth innings of a Test by a Pakistani batsman.

That century was also Younis’s fifth in a fourth innings of a Test — a new record in the history of the game.

Younis said he could have passed Miandad’s record in Sri Lanka but fell just short.

“I was in good touch but at the end Misbah-ul-Haq scored some quick runs. I came very close but I never told Misbah to play slowly because it’s a team game and we needed that win,” said Younis.

“It has been a memorable journey for me and I am proud that I have been scoring runs for my country,” added the veteran.