Home Sports Can anyone master Djokovic in Shanghai? 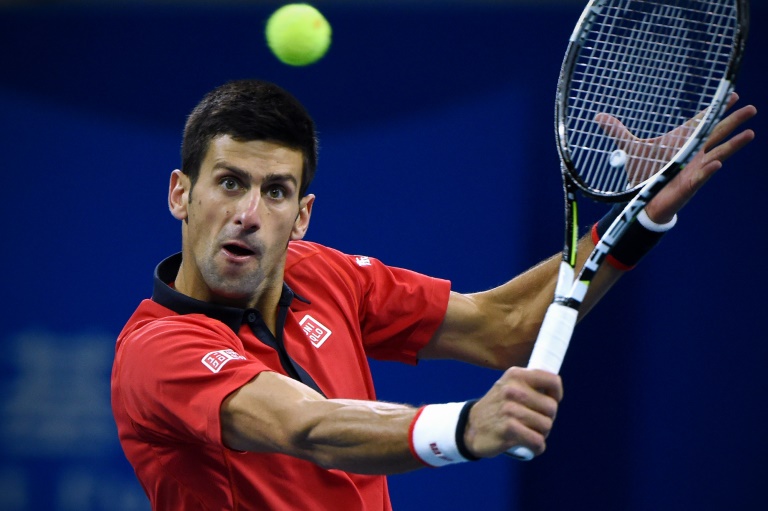 Novak Djokovic flies to the Shanghai Masters on Monday just hours after lifting his eighth trophy of the year in Beijing — and few look capable of stopping him grab title number nine this week.

A 6-2, 6-2 victory over long-time rival Rafael Nadal underlined the dominance of the world number one, who stretched his China Open winning streak to 29 matches without dropping a set.

Defending champion Roger Federer and Andy Murray await in China’s southeastern metropolis, in what is a challenge of a different order for Djokovic with an elite men’s field.

But the 10-time Grand Slam-winner is no stranger to success at Shanghai’s Qi Zhong Stadium, after claiming two Masters titles and the 2008 Tennis Masters Cup at the large venue on the city’s outskirts.

After a breathtaking China Open, when he lost only 18 games and extended his record to 9-0 in Chinese finals, Djokovic had no doubts about maintaining his level this week.

“Well, I’m hoping definitely. I know the conditions are slightly different. I’m going to get a couple days of rest and practice and get ready,” he said late on Sunday in Beijing.

“I mean, it’s not the first time I’m playing back-to-back weeks. Next week’s tournament is going to be even stronger because obviously all the best players in the world are there.

“This positive week definitely encourages me and gives me a lot of confidence for Shanghai.”

Second seed Federer preferred not to dwell on a potential final against Djokovic, as he sizes up his half of the draw which includes Jo-Wilfried Tsonga, Kei Nishikori and Stanislas Wawrinka.

“Playing in semis or finals doesn’t matter. Looks like you have to beat him at some stage the way he’s playing right now. If you play him in the semis or the finals, it doesn’t really matter,” said the Swiss.

“I don’t think that far ahead, to be quite honest.”

Britain’s Murray is returning from a nearly four-week break as he heads into a busy season’s end which will culminate in next month’s Davis Cup final against Belgium.

Meanwhile Nadal will hope to shake off a right foot injury which slowed him in the Beijing final as he bids to recapture the sort of form which could trouble Djokovic.

“He’s the best today without any doubt,” he said after Sunday’s final. “When somebody’s playing like Novak, he’s very difficult to beat, especially in his favorite surface.”