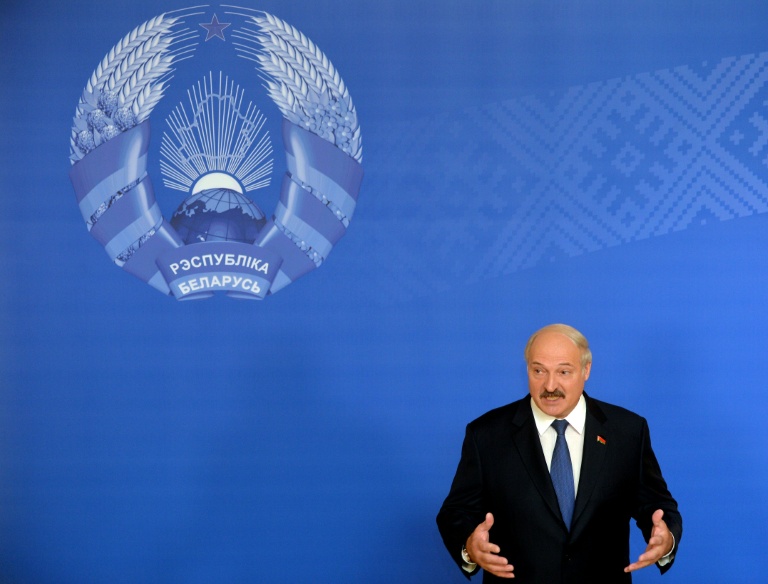 Alexander Lukashenko won a fifth term as president of Belarus by a landslide, and warned the opposition against protests that could derail the lifting of Western sanctions imposed over rights abuse allegations.

With long-standing opposition figures barred from standing in Sunday’s vote and state media giving Lukashenko uniformly positive coverage, the veteran leader ran against three virtual unknowns — only one of whom campaigned.

The result, though preliminary, is the highest ever for Lukashenko whose government made a huge effort to ensure a high turnout of over 86 percent.

The process was closely watched by the European Union, with officials indicating the bloc was ready to lift sanctions against the authoritarian leader, who is regularly accused of human rights violations, if the aftermath of the polls remained incident-free.

While Lukashenko allowed an unauthorised opposition rally in the capital to go ahead without police intervention on Saturday, he warned that he would not tolerate such protests after the vote.

A shrewd operator and exploiter of tensions between Moscow and the West, Lukashenko recently raised his standing with the EU by hosting peace talks in Minsk on the conflict in eastern Ukraine.

Despite at times prickly relations with Moscow, he and Belarus’s Soviet-style planned economy are propped up by Russia, which supplies the country of 9.5 million with discount price energy.

Europe’s longest-serving leader had earlier ridiculed runner-up Korotkevich, saying she could not handle ruling a country because she is a woman.

“The president here has masses of powers, from security to the economy, that so far a person in a skirt cannot carry out,” he said.

Lukashenko, 61, was once called Europe’s last dictator by Washington, and now has the mandate to extend his 21-year grip on the landlocked eastern European country.

The last elections in 2010 led to mass street protests against his victory, triggering a crackdown during which a number of leading opposition figures were arrested.

Lukashenko’s subsequent incarceration of his opponents led to his international isolation and the imposition of Western sanctions against him.

That could now change. A mooted EU move to suspend the punitive measures, also following the surprise release in August of the country’s last political prisoners, has sparked an outcry from Belarussian opposition figures who have waged a long campaign against authoritarianism.

An EU diplomat said Friday the bloc would monitor the vote to see if it was held in an “acceptable climate.”

“That means, if there are no new arrests of opposition figures, if there is no violence and no attacks against the press,” said the diplomat, who asked not to be named.

But opposition leader Mikola Statkevich — who was pardoned in August after spending five years in jail — told AFP: “If they are together with this murderer, this criminal, then democracy is just words.”

On the eve of the election, the newly crowned winner of the 2015 Nobel Literature Prize, Svetlana Alexievich, warned Europe to beware of Lukashenko, describing his regime as a “soft dictatorship.”

Lukashenko had the lowest result in the capital Minsk where 65.58 percent of voters backed him, while in a striking figure, 20.6 percent in Minsk voted against all candidates, the most popular option for those who opposed the long-serving leader.

Lukashenko is believed to be grooming his son Nikolai, known as Kolya, as his successor. The 11-year-old, who regularly accompanies the president at official engagements, cast his father’s ballot for him at a polling station near their home in Minsk.

The Belarussian leader enjoys a degree of popular support for his folksy, outspoken style and his regime’s durability.

Liudmila Vauchok, a six-time Paralympic medallist in cross-country skiing and rowing, said she voted for Lukashenko because he brought “reliability and calm.”

“Whatever happens, Belarus is flourishing,” Vauchok told AFP. “Our system is established. I wouldn’t like to be in the president’s place as things are very complicated now. The main thing is for there not to be a war.”

Some voters voiced cautious opposition, however.

“I am voting against everyone,” said Tatiana, a jeweller. “I have nothing against Batka but I wanted someone younger,” she said, using Lukashenko’s nickname, meaning father.