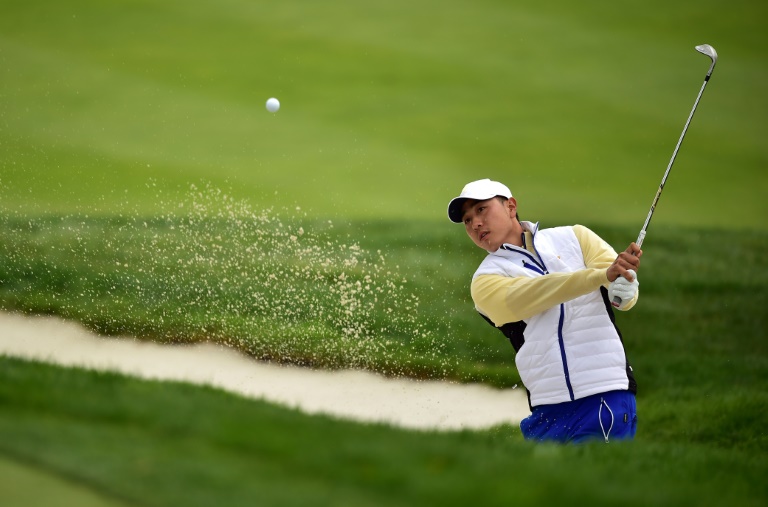 The first Presidents Cup in Asia was an outstanding success and should come back to the continent in the future, according to winning US captain Jay Haas.

Sunday’s thrilling finale saw the valiant International team lose by just a single point 15.5-14.5 on the final green after 30 matches over four days in the closest encounter since the cup was shared in 2003.

With packed home galleries cheering his every move at the Jack Nicklaus Golf Club in Incheon, Bae Sang-Moon couldn’t quite deliver at that crucial, pressure-filled moment.

Instead it was captain Haas’s son Bill who secured the dramatic win to take the Cup back to the United States for the ninth time in its 11-edition history.

The biennial showdown now returns to the US to be hosted at Liberty National in New Jersey in two years time and will then go to Melbourne in 2019.

Haas senior told AFP before leaving Korea Sunday night that he had loved every minute of his stay and said Asia deserved to host the event again, hopefully in 2023.

“I think the event should come back in the future, without question,” he said.

There had been fears earlier in the week that the over-enthusiastic fans clicking away on cameras would be a problem.

But Haas said the massive galleries at Jack Nicklaus had been a credit to the sport, and to Korea.

“The crowds were fantastic and very respectful. The fact that most of them don’t drink (alcohol) was really refreshing.

“You didn’t get anybody screaming out ‘You da man’ or ‘get in the hole’ like they do in the States when they’ve had too much to drink. It made it very pleasant for the players.

“They were appreciative of both teams and applauded good shots. Of course, you could tell who they were supporting, but it never once stepped over the line.”

Haas said hosting the Presidents Cup had been like a test event for Asia, and it had passed with flying colours.

“Whether it’s here, Japan or wherever they go, it should come back. This week has been a great proving ground for all of Asia to say we can do that, we can do it better.”

And Haas would like nothing better than for it to return to the same venue in eight years time.

“Just the logistics of it — the hotel is right there we can see it (from the course) — the city, the food and the people have been fantastic.

“But I do understand that if it comes back to Asia there are going to be other countries that will want to give it a try.”

The close encounter and thrilling denouement breathed welcome new life into the Presidents Cup after a succession of runaway victories for the US.

It was played in the true spirit of the game without the rancour or rampant jingoism that so often mars the Ryder Cup between the US and Europe.

Chris Kirk “hated” when he won his pivotal match when Anirban Lahiri missed a tiny putt on 18. And Bill Haas said he really felt for the crestfallen local hero Bae.

Players shook hands instead of slapping high fives and the sense of mutual respect was palpable.