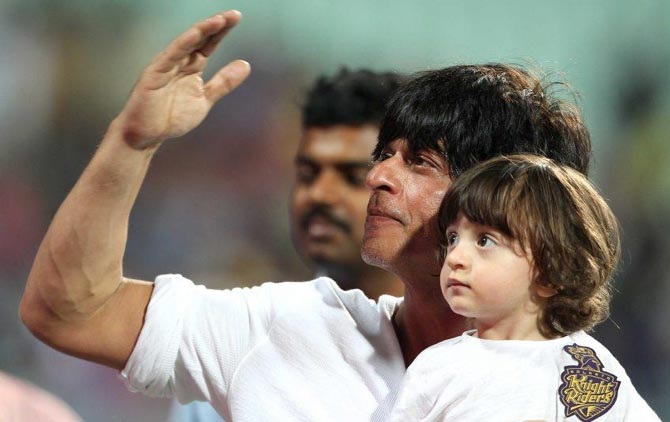 New Delhi: Not only Shah Rukh Khan has got the talent to woo audiences but his little one can do it too.

The 49-year-old actor’s fan club recently posted a video of AbRam on twitter in which he is seen dancing in the backseat of a car, while SRK drives through.

AbRam, 2, is seen wearing a t-shirt and blue pants in the clip.

Here's the super cute video of AbRam dancing in the car . SRK is on the driving seat 😎 pic.twitter.com/nByLOuYNXK

A few days ago, the fan club also shared the video of AbRam riding a toy car with director Rohit Shetty, with whom Shah Rukh is working on Dilwale.

Dilwale also stars Kajol, Varun Dhawan and Kriti Sanon and is slated to release on December 18, this year. Next year, SRK will be seen in Rahul Dholakia’s ‘Raees’.