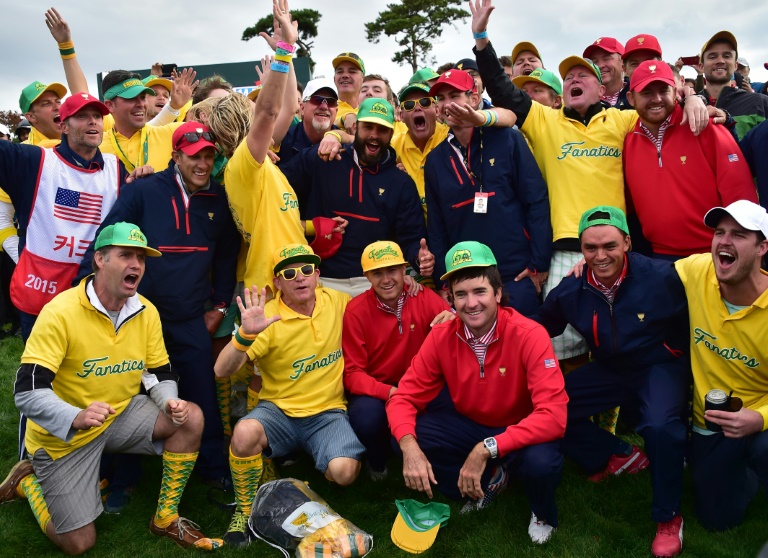 The United States on Sunday won their sixth Presidents Cup in a row by edging out the International team 15.5-14.5 in a day of high drama and emotion.

Bill Haas brought tears to the eyes of his father, US captain Jay Haas, when he closed out the slender victory on the 18th hole of a nail-biting final singles match, beating hometown hero Bae Sang-Moon at the Jack Nicklaus Golf Club in Incheon, South Korea.

Fighting back his emotions, Haas senior said: “Yeah, I don’t know if I’m going to get through this. I can’t,” and then burst into tears, his voice breaking.

“Before Bill played 17, and I said, ‘Come on, Bill, win one for your mom here. Your mom deserves this’.”

It was heartbreak for Bae and the huge home galleries watching as he fluffed a chip from short of the green attempting to win the hole and square the match, which would have given the Internationals a 15-15 tie and a share of the cup for only the second time.

Haas was in the greenside sand but safely escaped to six feet, and when Bae could not hole his fourth he conceded the match to the American.

It was a dramatic denouement to a see-saw day in which the US at one point had looked firmly in the driving seat.

Midway through the final 12 singles the US led in eight matches and were all square in two others needing just six points to secure the golden trophy for the ninth time in the event’s 11th edition.

Slowly but surely the Internationals reeled in their opponents to set up a nail-biting finish that had seemed highly unlikely when the US had raced to a 4-1 lead after Thursday’s foursomes.