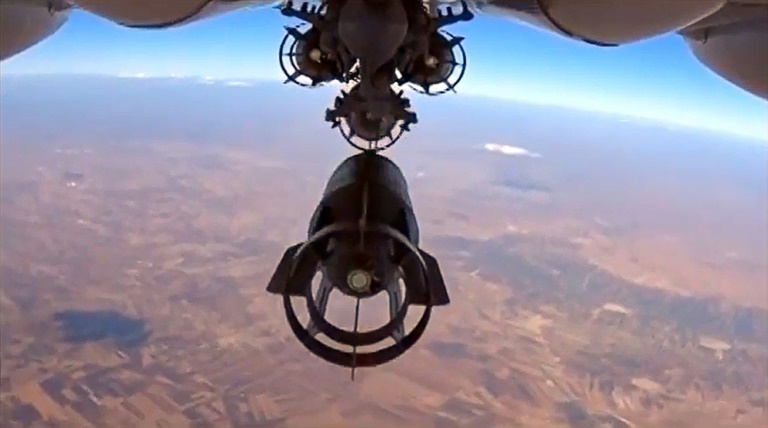 Russian fighter jets hit 63 targets in Syria in the past 24 hours, the defence ministry said Sunday, as Moscow intensifies a campaign it says is aimed against the Islamic State jihadist group.

“Su-34, Su-24M and Su-25SM planes carried out 64 sorties from the Hmeimim airbase against 63 targets in the provinces of Hama, Latakia, Idlib and Raqa,” the defence ministry said in a statement.

The Russian military claimed that the air strikes had destroyed 53 positions used by the “terrorists”, as well as a command post and several training camps and ammunition depots.

Russia said its campaign in the war-torn country was rattling IS fighters, claiming that radio intercepts showed “growing panic” among them.

On Saturday, the defence ministry claimed that fighters were running low on arms, ammunition and fuel, leading them to abandon their combat positions for the country’s east and northeast.

Defence ministry spokesman Igor Konashenkov said Sunday the Russian side had noted progress in its negotiations with the Pentagon on preventing accidents in Syrian airspace, where a US-led coalition is leading a separate bombing campaign.