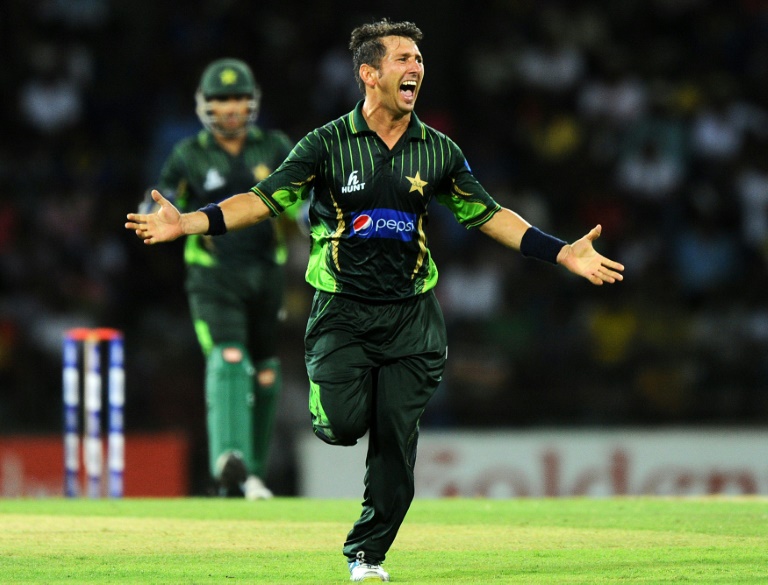 England face the daunting prospect of overcoming Pakistan’s new-look spin line-up as the Ashes winners try to reverse the Test whitewash they suffered last time around on the dry pitches of the United Arab Emirates.

When they met in the UAE in 2012, Pakistan annihilated what was then the world number one Test team 3-0, thanks to spinners Saeed Ajmal (24 wickets) and Abdul Rehman (19 wickets).

As they begin a three-match Test series in Abu Dhabi on Tuesday, Pakistan will rely on the same weapon — but in the hands of leg-spinners Yasir Shah and Zulfiqar Babar, who have taken over from Ajmal and Rehman.

“I think they have played six or seven series and haven’t lost a series. That shows what is in front of us. The great thing in Test cricket is trying to win away from home. It’s getting harder and harder,” said Cook, one of four survivors of the 2012 series.

Ajmal, whose controversial bowling action was questioned back in 2012, was suspended last year. He was cleared after adopting a new style but seems to have lost his wicket-taking ability, leaving his career in the balance.

Pakistan skipper Misbah-ul-Haq is confident Shah will fill the void, having led the country to series wins over Australia in Abu Dhabi last year and in Sri Lanka three months ago.

“The way Yasir is bowling he is a threat to any team,” said Misbah, who could retire at the end of the series. “But it’s not only about our spinners. It’s also about our fast bowlers and the way we bat against their spinners.”

“He has an outstanding start to his Test career,” said Cook. “Sixty wickets in ten games is a great effort and obviously Saeed was a great bowler as well.”

Pakistan’s batting will revolve around Younis Khan, Misbah and Sarfraz Ahmed, who have been in great form in the last 12 months.

Younis amassed 468 runs against Australia and hit a match-winning 171 not out in Pakistan’s last Test in Sri Lanka, leaving him just 19 behind to overtake Pakistan’s highest tally of 8,832 set by Javed Miandad.

Pakistan will be without key batsman Azhar Ali who was ruled out due to a foot infection, an injury which forced him to miss the third and final one-dayer against Zimbabwe last week.

His place is likely to go to Shoaib Malik, who has not played a Test for five years.

Pakistan have been forced to play in the UAE due to security fears back home but have never lost a series here, winning four and drawing three.

Moeen Ali is favourite to play as opener in a makeshift arrangement, with additional duties of bowling off-spin, despite never having opened the innings even in a first-class match.

If that happens, Moeen will be Cook’s seventh partner since Andrew Strauss retired in 2012.

Joe Root and Ben Stokes — England’s leading performers with the bat — will be tested against quality spin.