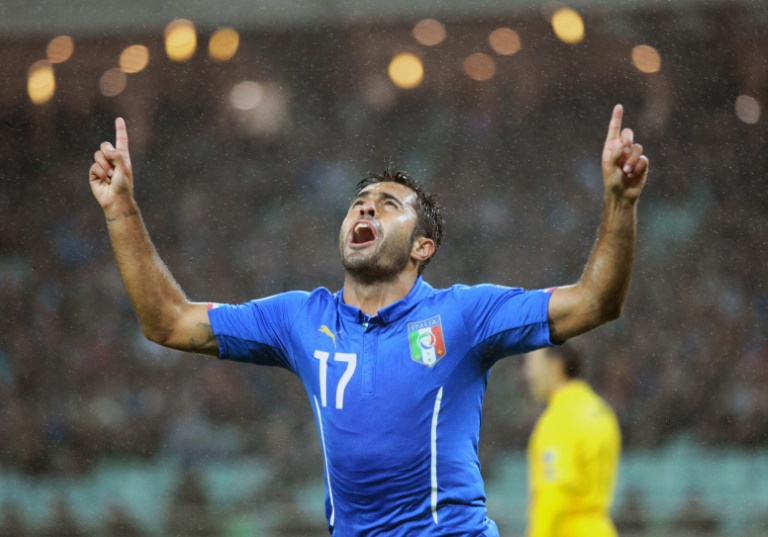 New-look Italy secured qualification to Euro 2016 with a game to spare on Saturday after a stirring 3-1 win away to Group H rivals Azerbaijan.

Sampdoria striker Eder opened Italy’s account inside the quarter hour and although Azerbaijan levelled through Dmitri Nazarov on the half hour, Monaco forward Stephan El Shaarawy restored Italy’s advantage just before half time.

Italy were rarely troubled in the remainder of the game and might have added a further goal had Badavi Huseynov not hauled second-half substitute Sebastian Giovinco off the ball as the Toronto striker was in a scoring position.

Huseynov saw red, leaving Azerbaijan with 10 men for the final two minutes but the match was already beyond all doubt.

Italy, beaten finalists at Euro 2012, remain top of Group H on 21 points from nine qualifiers, two ahead of Norway ahead of the sides’ clash in Rome on Tuesday.

Italy had required a win from either of their final two qualifiers to qualify for next summer’s showpiece in France.

But coach Antonio Conte called for his side to put his mind at ease and Italy, despite a few jitters at a stadium that has recently been kind to Robert Prosinecki’s side, duly obliged.

With Andrea Pirlo out injured, Marco Verratti was handed a start in central midfield.

It took only 11 minutes for the Paris Saint Germain midfielder to produce an instant of magic, finding Eder in space with a first-timer from just over the half-way line for the Brazil-born forward to run in unchallenged to beat Kamran Agayev down low.

Conte was joyous on the touchlines, but the former Juventus handler had his head in his hands in frustration barely 20 minutes later when defensive blunders pulled the match level.

Juventus defender Giorgio Chiellini mistimed an interception deep on the left flank, offering possession to Nazarov, who ran in to fire past Gianluigi Buffon.

El Shaarawy twice came close to restoring Italy’s lead in the immediate aftermath, firing just over with a looping drive and, as Azerbaijan struggled to clear moments later, sending another effort just wide of Agayev’s upright.

When his next chance did come, it could not have been any easier for the Monaco man, who slotted home into an empty net from Antonio Candreva’s generous pass after Graziano Pelle had found the Lazio man with a defence-splitting pass.

Italy resumed as they had finished the first half, and Eder should have had his second just after the hour after he ran on to Mattia De Sciglio’s long pass from midfield to chip over the onrushing Agayev.

Eder was readying himself to celebrate, only for Azerbaijan captain Rashad Sadygov to rush back and clear the ball off the goalline.

Minutes later, Italy’s pressing up high had Azerbajian in trouble and when Darmian beat Nazarov to the ball the United man controlled well on the edge of the area to beat a flat-footed Agayev with a superb snap shot.

Giovinco replaced Eder in the 79th minute and could have made it four for Italy, two minutes from time, only to be hauled down from behind by Huseynov.