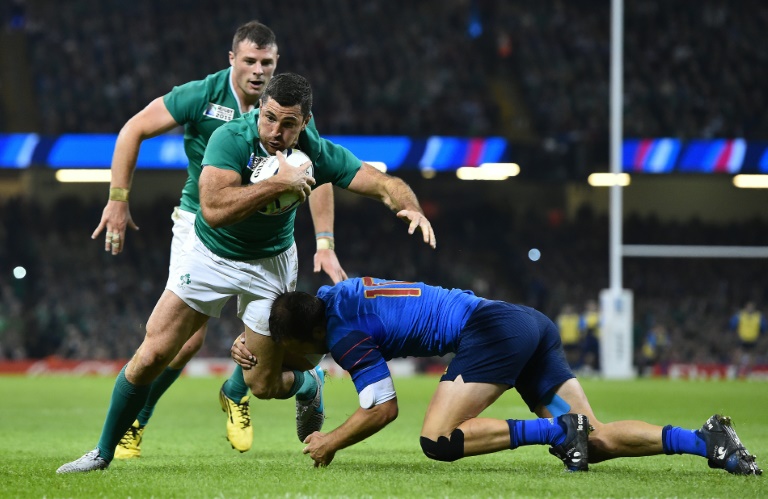 Rob Kearney scored a crucial try to inspire Ireland to a 24-9 win over France in the World Cup Pool D decider that condemned the French to a quarter final against champions New Zealand.