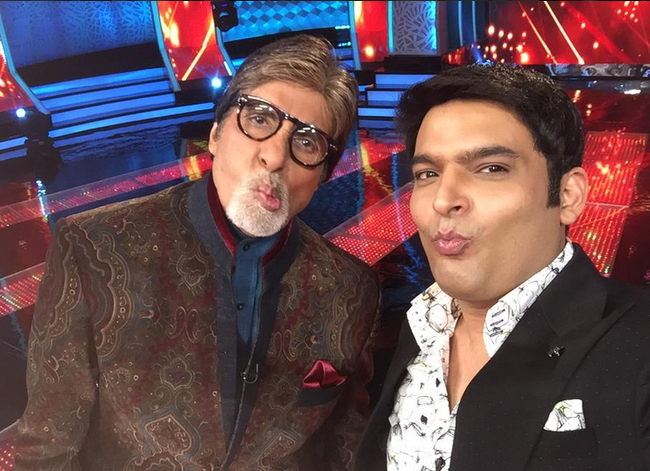 Megastar Amitabh Bachchan’s birthday became a gala event for the film industry, as many Bollywood celebrities wished him good health and happiness.

From veteran actor Rishi Kapoor to newcomer Athiya Shetty, everyone took to Twitter to wish the veteran actor, who turned 73 today.

Birthday wishes to Amitji on this day. I erred by wishing him day before. A true role model for all! pic.twitter.com/R3Au2Se7yT

Tweeted Rishi, who co-stared with him in films like, “Amar Akbar Anthony”, “Naseeb” and “Ajooba”.

Here's wishing @SrBachchan a very Happy Birthday. Thank you for always being an inspiration. #HBDAmitabhBachchan pic.twitter.com/dw22DrhTty

Happy birthday to the legend @SrBachchan . Thank you sir for being such an inspiration .

Happy Birthday to the most Stylish and Iconic @SrBachchan Sir 😊 pic.twitter.com/oiCmEzrrVz

Happy Birthday to the coolest , the most charming, actor extraordinaire – The Legend ,@SrBachchan 😍Love you Sir!

Happy Birthday Sir!!! You are an inspiration. A torch bearer unlike any other. Big love and respect. @SrBachchan pic.twitter.com/ah7WjPkj2B

Happy Birthday to the greatest legend. @SrBachchan sir, wish you all the happiness in the world. ❤️🙌🙏