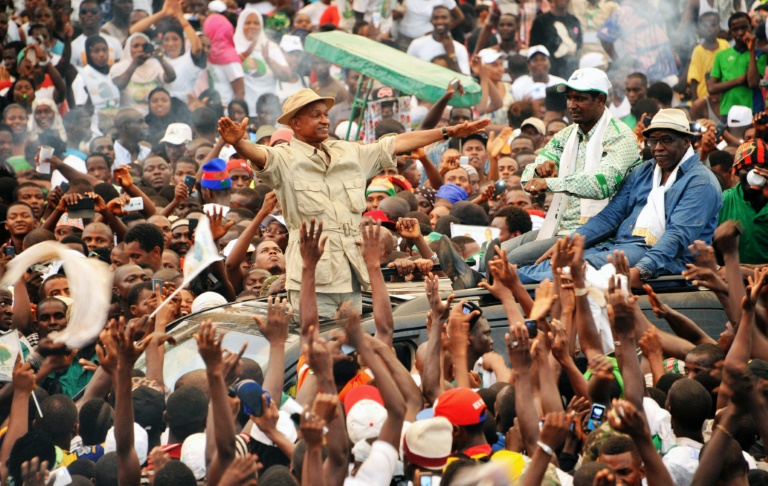 Guinea headed to the polls to choose their president Sunday, as a last-minute opposition appeal for the country’s six million voters to participate added the latest twist to a campaign wrought with accusations and violence.

Guinea’s opposition leader Cellou Dalein Diallo urged voters to make their voices heard at the ballot box after his calls for a delay of “imperfect” polls fell on deaf ears.

Opponents of incumbent President Alpha Conde had called for the postponement over what they called the unreliability of the electoral lists and problems with distributing voter cards, which are required to cast a ballot.

Conde’s seven rivals also vowed to challenge the results, raising the spectre of further unrest in the days to come, after deadly clashes between Conde and opposition supporters in the final days of campaigning.

“The seven candidates will not recognise the results which will be made following an election with anomalies and irregularities,” they said in a joint statement.

Conde had dismissed the calls for a postponement and the Independent National Electoral Commission (CENI) also said it was ready to hold the vote as scheduled, declaring Saturday that over 90 percent of the voter cards had been distributed.

The opposition believes nonetheless that the race is stacked in favour of Conde, who is tipped to win a second term.

Several people were killed in clashes across the west African country in recent days, leading UN Secretary-General Ban Ki-moon to call for the elections to be “conducted in a peaceful and transparent manner.”

Polling open at 0700 GMT and will close at 1800 GMT, with national borders closed for the day and traffic restricted to the vehicles of electoral observers, government officials and the security forces, according to a presidential decree.

The results of the first round are not expected until Tuesday at the earliest.

Conde is hoping to win at the first round, avoiding a “run-off” election with his closest rival, but his opponents contend this feat would be impossible without vote-rigging.

Conde defeated Diallo in the run-off of the country’s first democratic elections in November 2010.

An African Union observer mission and a 72-member European Union delegation are in Guinea to monitor the ballot, along with 19,000 police and members of the security services.

“Generally it isn’t the day of the vote that has problems, it’s the moment when they announce the results,” said Alpha Amadou Bano Barry, sociology professor at Sonfonia University in Conakry.

Diallo had called for an end to demonstrations while the vote got underway.

Conde, whose campaign slogan promises to deliver a “KO blow” to his opponents, is hoping to trade on his five-year record of reforms in the impoverished but mineral-rich west African country.

Among his achievements he cites an overhaul of the army and judiciary, the completion of a hydroelectric dam and reforms to make mining contracts more transparent.

“Ask the people of Guinea if what we have done in five years, the others did in 50. Ask that on the streets,” he said in an interview.

Despite being rich in bauxite, the ore used to produce aluminium, the country is one of the world’s poorest and was blindsided by a severe outbreak of Ebola, which began in the country’s southern forests in December 2013 and then spread to neighbouring countries.

Half the population live below the UN poverty line, and according to the World Bank, per capita income in 2014 was just $470 with many lacking access to electricity or running water.