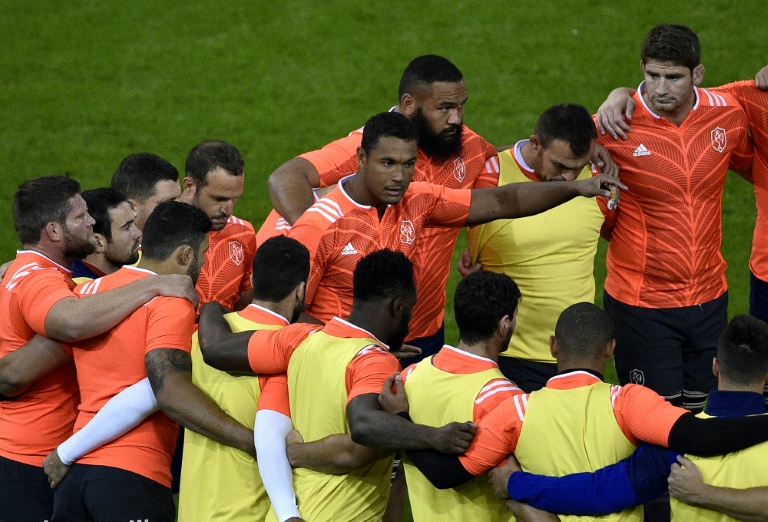 France coach Philippe Saint-Andre will bid to beat bogey team Ireland for the first time in his tenure on Sunday and top World Cup Pool D, avoiding the champion All Blacks in the quarter-finals.

It could be a day of firsts as Eddie Jones wants to bid sayonara to Japan by seeing them beat the United States and become the first team to win three pool games and still not reach the last eight.

Romania play Italy in Pool D in Exeter (1330 GMT) and Namibia — still looking for a first World Cup win — take on Argentina in Pool C in Leicester (1100 GMT) in the other games on the final day of the group round.

France play Ireland at Cardiff’s Millennium Stadium (1545 GMT) with Saint-Andre hoping to force his many critics to rewrite their appraisal of him. France and Ireland are desperate to avoid coming second and getting a date with the All Blacks next weekend.

A first win in five meetings against the Six Nations champions — the first two were draws with the Irish winning the last two — would go a long way to rehabilitating the former French captain’s reputation.

“The two victories were very close so I hope that tomorrow we have the weapons to win the game,” said France’s current captain Thierry Dusautoir, star of France’s 2007 World Cup victory over the All Blacks where his 38 tackles were two more than their opponents entire total.

“Statistics talk of the past and past matches don’t really interest us. There are some tactical things we can take from them but we don’t dwell on the results.

“The pressure is increasing as the kick-off approaches, we’re just thinking about being as efficient as possible as soon as it starts,” added Dusautoir.

“It’s just a question of going out there and enjoying taking on a massive challenge.”

For Japan’s “Brave Blossoms”, the game is up as far as the last eight is concerned. Scotland’s thrilling 36-33 win over Samoa on Saturday saw to that as it secured second place in Pool B. But former Wallabies coach Jones wants to end his reign on a winning note against the United States at Gloucester’s Kingsholm Stadium (1900 GMT).

“Business as usual,” Jones said after the Scotland game.

“Our task is to go and beat USA and be the first team (to win three games) to not qualify for the quarter-finals.

“We’ve had a fantastic World Cup so the players are focused and will complete the job.”

Romania and their Welsh coach Lynn Howells have their own World Cup final as they seek to pile on the World Cup misery for Italy by edging them to third place in Pool D and qualify directly for the 2019 World Cup in Japan.

Howells task of building on the epic comeback win against Canada — the Romanians were 15-0 down but went on to win 17-15 — has been made more complicated by losing Mihai Macovei, his inspirational skipper. Macovei scored two tries in the Canada match but also picked up a two week ban for dangerous play.

“If we can qualify automatically for the next World Cup we can concentrate on development for the next four years,” said Howells, who could play a significant role in that building process as his contract runs till 2017.

Namibia’s gallant bunch of steelworkers, teachers and lawyers may well have to wait to wait for another World Cup to get their first win. They will be missing their one world class player, Jacques Burger, who has concussion. Argentina already have a place in the quarter-finals against France or Ireland.